Akpabio’s resignation allows him to contest the 2023 presidential election.

Minister of Niger Delta Affairs, Godswill Akpabio has tendered his resignation, henceforth he ceases to be a minister in President Buhari’s cabinet. 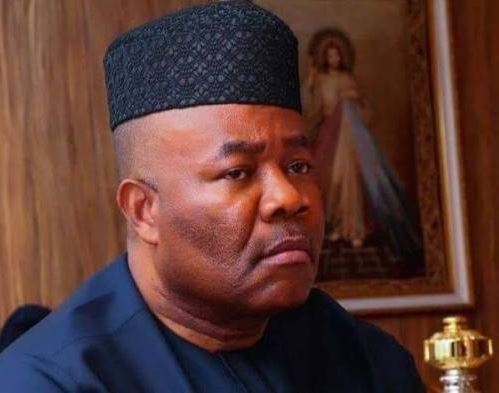 His action allows him to contest the 2023 presidential election.

His resignation follows that of Chukwuemeka Nwajiuba, Minister of State for Education, and Ogbonnaya Onu, Minister of Science and Technology, both of whom are vying for the presidency.

MUST READ:  Perhaps I Am Not Good Enough To Win UCL With Man City-Pep Guardiola

Jackson Udom, the Minister’s Personal Assistant to the Minister on Media, confirmed the resignation to The Nation.

“The minister has stepped down.” He has submitted his letter of resignation to the SGF. We’ll be waiting for him at the ICC, where he is coming to submit his nomination form,” he said.

In addition, Tayo Alasoadura, Minister of State for Niger Delta Affairs, had picked up relevant forms to run for the Ondo Central Senatorial seat on the platform of the All Progressives Congress (APC).

To pursue his political ambitions, he will also have to resign from office, which means there will be no minister in the ministry for the time being.