Northern Elders Forum convener Professor Abdullahi Ango, during a meeting with the Coalition of Northern Groups in Zaria, Kaduna State made this to the public

On Friday the Northern Elders Forum(NEF) chided the zoning of the 2023 presidency, noting that it contravenes the standard norms of democracy.

MUST READ:  2023: 'Obidients' will soon run out of steam-Gov Obaseki mocks Obi's supporters 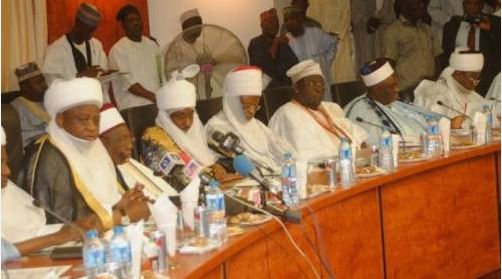 A cross-section of Northern Elders

This was made known by the NEF Convener, Prof. Ango Abdullahi, during a meeting with the Coalition of Northern Groups in Zaria, Kaduna State.

NEF convener, Ango Abdullahi stated that political parties should allow their members to vote freely for candidates of their choice. He stated that the power-sharing agreement between Nigeria’s northern and southern regions was dead and buried.

“Candidates should be allowed to contest elections on the basis of merit and their competence. Merit should be the yardstick to get the country’s next president, the position should be open to standard norms of the democratic process,” Ango said.

NEF convener stated that he presided over the selection of the northern presidential consensus aspirants – which included former Senate President Bukola Saraki and Bauchi State Governor Bala Mohammed – in his personal capacity and “not on behalf of Northern Elders Forum.”

MUST READ:  Joe Biden impose new sanctions on Russia
Related Topics:featured
Up Next