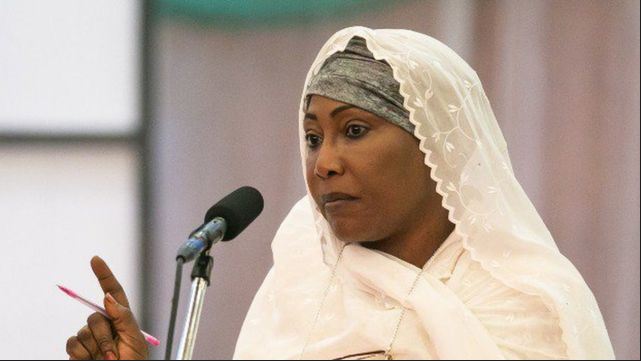 She served as the All Progressives Congress’s (APC) presidential campaign council’s director of civil society.

One month before the presidential election, 67-year-old Naja’atu announced his resignation.

She was appointed a Commissioner at the Police Service Commission by President Muhammadu Buhari in 2018. (PSC).

Naja’atu lamented the status of the country in her resignation letter to Abdullahi Adamu, the national chairman of the APC.

The lawmaker claimed that current political and democratic developments prevent her from continuing to take part in party politics.

“The challenges that Nigeria faces today require me to continue championing the struggle for a better country with a clear conscience as I remain absolutely loyal to Nigeria”, she noted.

In a statement on Saturday, the activist said she left the scene after the realization that her values and beliefs no longer aligned with party politics.

MUST READ:  IPOB LEADER HAS FILED A LAWSUIT AGAINST NIGERIA REQUESTING TO BE FREED AND PERMITTED TO GO TO UK

Naja’atu observed platforms have no ideological differences and are “robes that politicians wear to serve their personal needs and interests”.

“I am committed to supporting individuals that are truly interested in addressing the root causes of our challenges.

To remain true to such commitments, one must be willing to take bold and decisive steps.”

The statement expressed concern that fundamental services remain inaccessible to citizens and that they continue to live amid instability, poverty, and inequality.

According to Naja’atu, the issues call for the coordinated efforts of capable and patriotic leadership at all levels of government.

Hajiya Naja, as she is affectionately known, urged Nigerians to be “conscious of the ramifications of their decisions and their choices” before 2023.

She asked in November that Aisha Buhari, the first lady, be charged with a crime for imprisoning Aminu Mohammed, a final-year student at the Federal University of Dutse.

Tinubu is incapable, supporters of the former Lagos Governor are after his money – Najaatu Mohammed