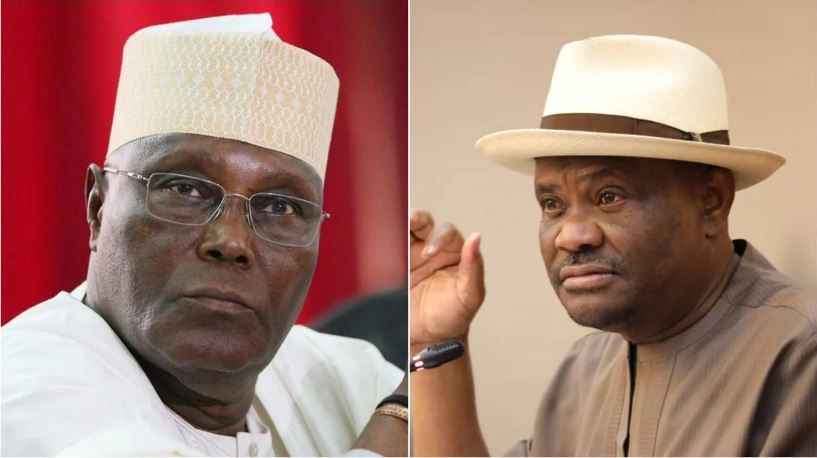 Ahead of the nation’s 2023 general elections, Princewill Dike, a PDP stalwart in Rivers State, has warned the party’s presidential candidate, Alhaji Atiku Abubakar, that ignoring the demands of Rivers State Governor, Nyesom Wike, and his camp would be playing with fire.

Dike also warned Atiku that those who are surrounding him and putting pressure on him to call Wike’s bluff, whom he described as a “mobiliser,” are leading him to the abyss.

Remember that the PDP has been mired in a political crisis since its primaries, with Wike and Atiku at the epicentre.

Dike said in a statement on Wednesday that Wike was still the PDP’s backbone, and that Atiku and the party should do the right thing by restructuring the PDP to give the South a sense of belonging ahead of next year’s election.

Dike’s statement read: “The Presidential Candidate of the PDP will be playing with fire if he chooses to ignore the demands of the Rivers State Governor, Nyesom Wike, and his camp. Those people hanging around him and mounting pressure on him to call the bluff of Governor Wike are leading him to the abyss.

“Governor Nyesom Wike is a mobiliser, a performer and a strategist who has the support of most of his colleagues and leaders of the party. He exerts nationwide influence and has the capacity to sway votes not only in Rivers but also in the entire South-South. How can you think of ignoring your best commander in a time of war?

“Let reason prevail and let Atiku and the party do the right thing by restructuring the PDP to give the South a sense of belonging and ensure unity ahead of the poll. The time to act is now because the delay we have witnessed has already become dangerous”.