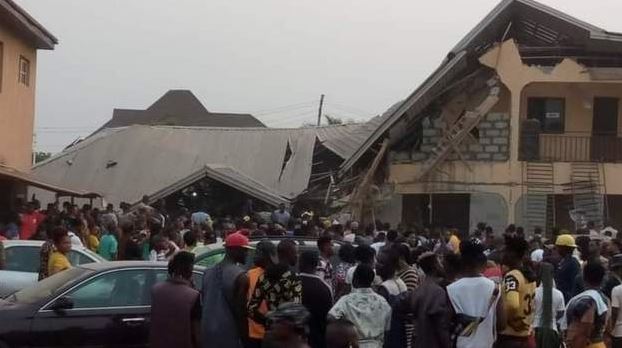 Church building collapsed in Delta state as led to the death of at least two children and a lady during a service in Asaba, the capital of Nigeria’s southern Delta state, on Tuesday evening authorities said.

Rescuers dug through the rubble with an excavator into the early hours of Wednesday morning, looking for survivors.

18 people, including children, were rescued, according to Delta state police spokesman Bright Edafe.

Eleven of them were injured and were being treated in the hospital, according to him.

According to reports, the structure was being used for the first time. It’s still unclear what brought it down.

In November, a half-completed block of luxury apartments in Lagos collapsed, killing more than 40 people.

According to construction experts, many buildings collapse due to substandard materials, incompetence, and violations of building codes.