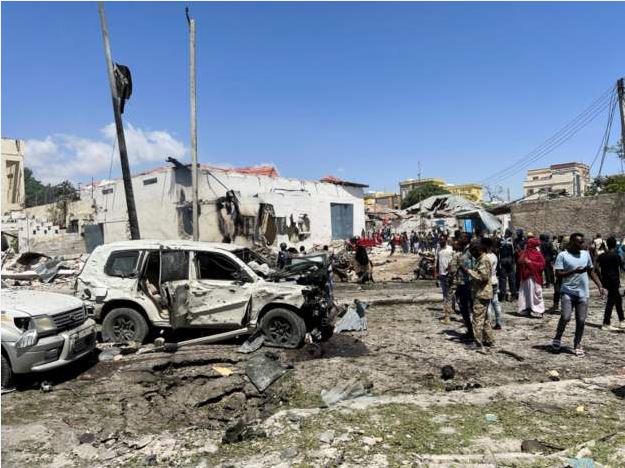 Al-Shabab, an Islamist militant group, claimed responsibility for the attack.

The explosion occurred on a road at the entrance to a Somali Air Force camp near the international airport.

A private security convoy carrying foreigners was passing by when the device burst, witnesses told the AFP news agency.

Hassan Nur added, “The bomb was so large that it damaged most of the structures near the road and automobiles driving by the area.”

He said, “I observed several dead and wounded persons strewn across the road.”