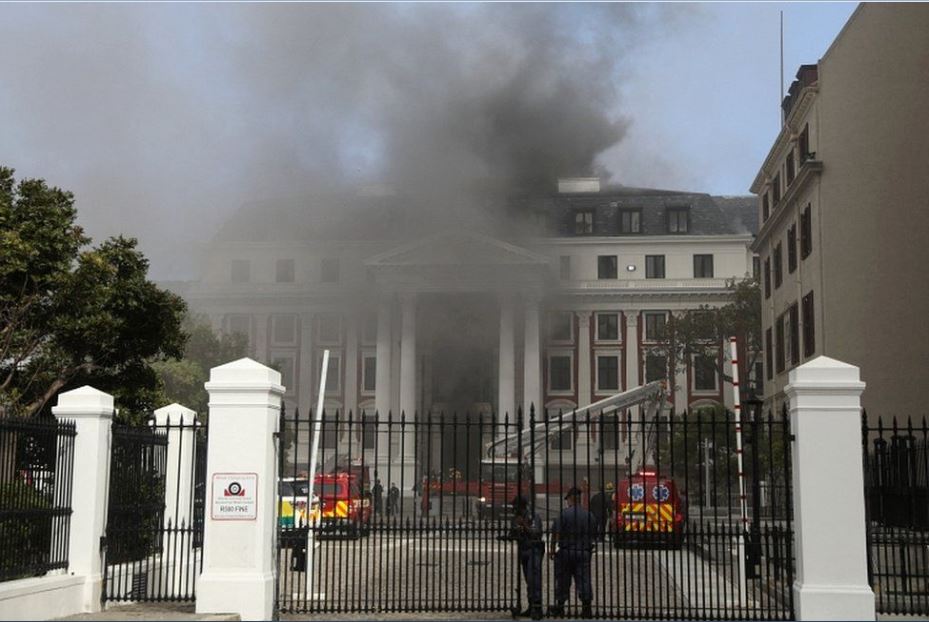 In the South African city of Cape Town, a massive fire has engulfed the Houses of Parliament.

A major fire has engulfed the South Africa parliament building, thick black smoke can be seen from afar.

A column of black smoke fills the sky, with massive flames erupting from the South Africa Parliament building’s roof, according to video footage.

Hundreds of firefighters are battling the blaze, which has yet to be determined as to what sparked it.

The local authorities first stated that the roof area had taken fire, as well as the National Assembly building.

The fire in the Chamber of the Council of Provinces (the parliament’s upper house) had been put out, but the National Assembly building was still on fire, according to Minister of Public Works Patricia de Lille.

Because of the holidays, the parliament is currently not in session.

The Houses of Parliament in Cape Town is divided into three sections, the first of which was built in 1884. The National Assembly is housed in the newest sections, which were built in the 1920s and 1980s.

A fire devastated a section of the University of Cape Town’s library last year, destroying a rare collection of African records.

Tune into #Newzroom405 for more developments on this story.