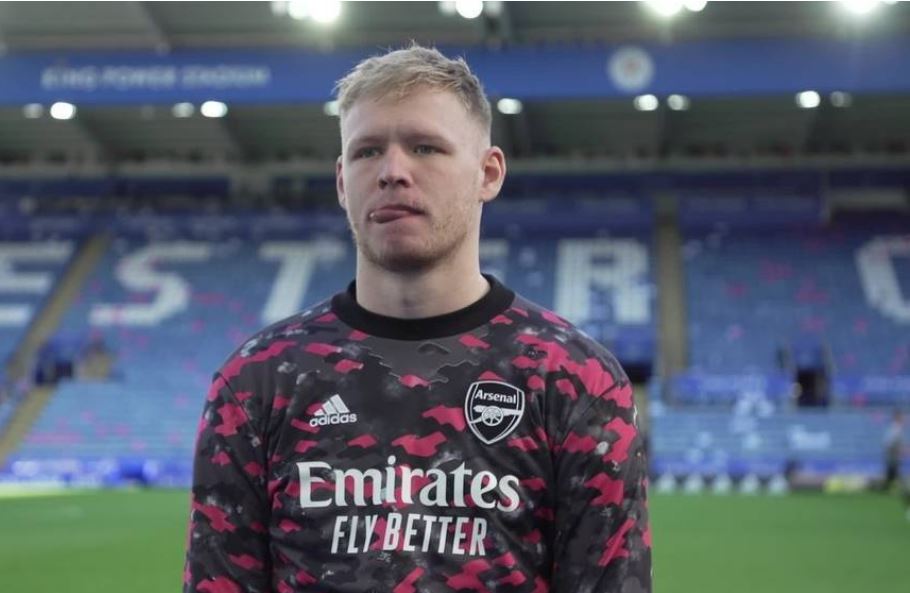 Aaron Ramsdale – The heroic save? It’s just about reactions

Aaron Ramsdale in Arsenal goal has not tasted defeat, and he put in a performance that justifies his place in the team ahead of German goalkeeper Bernd Leno.

His heroic save deny Leicester James Maddison to score from a well-taken free-kick.

Following the game, the media approached Aaron Ramsdale to ask him about a save that David Seaman and Peter Schmeichel called as the greatest they had seen in years.

“It’s just all about reactions,” Aaron Ramsdale said”I was more concerned that he’d reverse it into my corner, but because it was such a close free-kick, he had no choice but to get it up and over the wall, giving me a chance.

He wasn’t able to whip it like he usually does.”It’s all about explosions from then on. If you make it, you make it; if you don’t, you don’t. I’ll go back and watch it. It’s just one of those situations when anything may happen.

Aaron Ramsdale went on to say, “We should have got [a clean sheet] against Aston Villa.”

“It was one of those situations where they should have been stopped, and I mentioned it after the game.” It’s a team effort; it’s not just myself and the four guys in the rear. It is open to all.

“I told the offensive lads that again today, and they were fantastic.” I just had the feeling we weren’t going to lose today.

Even when they had chances, I or the lads would block it or the forwards would close the ball down.”