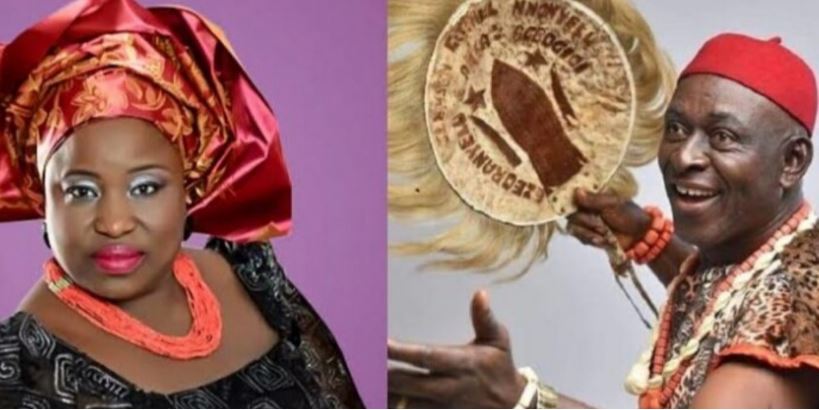 Nollywood actors, Cynthia Okereke and Clemson Cornel, who were recently abducted in Enugu state have been set free.

The Actors Guild of Nigeria in a statement signed by its Director of Communication, Monalisa Chinda Coker.  confirmed the two actors have been set free.

MUST READ:  Tonto Dikeh ask fans to guess her designer with a 10k reward(pictures)

Monalisa stated the kidnappers set the actors free because they were “touched by the spirit of God.”

The Actors Guild urged actors to make sure adequate security was in place while on a movie set.

Statement from the Actor Guilds of Nigeria read: “This is to inform the public that the kidnapped actors, Cynthia Okereke and Clemson Cornel, have been released, unhurt. The elated National President of the Actors Guild of Nigeria, Ejezie Rollas, announced their release by the abductors who were touched by the spirit of God to set them free and unharmed.

“The guild has arranged for medical checks and psychological support for the victims.

“He urged members to be security conscious on and off movie sets and always take precautionary measures on their security at all times.”

Okereke and Agbodigidi were abducted last week in Enugu State.

BBNaija Season 7:Who Dey Finish The Condoms In Biggie’s House-Amaka And Phyna Questioned(video)