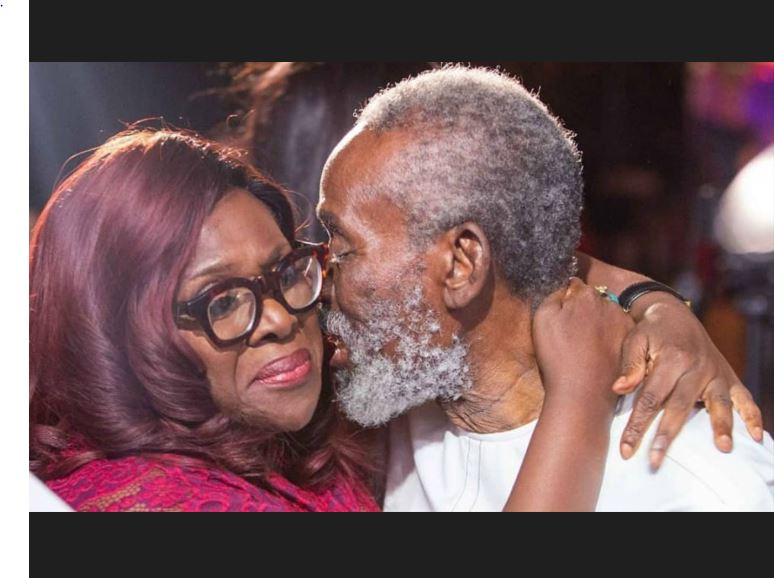 Nigerian actress, director, and businesswoman, Joke Silva said she had reached a place of acceptance concerning the ailment her husband, Olu Jacobs’ is battling with.

Recall that in November 2021 the ace actress revealed that her husband was battling dementia after pictures surfaced online that Jacobs had lost weight.

Joke also said Jacobs has struggled with the ailment “for a couple of years” and “doesn’t understand what is going on.”

In the recent episode of Mercy’s Menu, actress Mercy Johnson Okojie asked Joke about how she has managed to deal with her husband’s health condition.

The legendary actress told Mercy that at some point, she committed Jacobs’ health to God in prayers and also adopted traditional medicines but realised his symptoms were getting worse.

She added that the moment she accepted that “this is my new reality,” coping with Jacobs’ condition became “so much easier.”

“I think for me, it was getting to the place of acceptance. Sometimes when a partner starts exhibiting some things, there will be the religious side… all these prayers and things,” she said.

“There are also other sides that say if you use all these natural herbs and the natural this and the organic that, and you’re doing everything that you’re being told to do and there is no change. It is almost as if the patient is getting worse.

“But when you get to the stage of acceptance that this is your new reality, honestly it is so much easier. You realize this is the new season, you’re walking with your partner and you meet them where they are. It’s so much easier.”

On several occasions, Joke has debunked death rumours of Jacobs’.