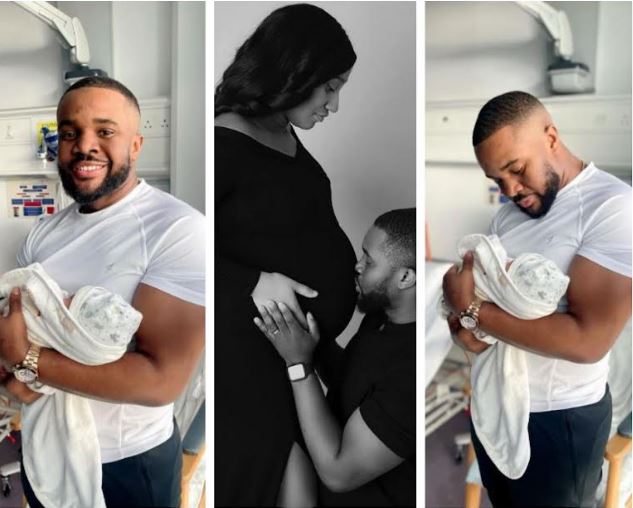 Actor Williams Uchemba and his Wife welcome their first child. The multi-talented Actor who could not hold back his feelings penned down this message on his Instagram handle: I can’t even explain the kind of love I feel right now holding your helpless little self in my arms. A part of me I never knew came out the night you were born and I’m still trying to get used to it. Now I have a little idea of how God sees us and irrespective of what we do, the unconditional love that passeth human comprehension. And the fact I can’t stop looking at your face.

There have been lots of congratulatory messages from Celebrities, fans, family, friends since Williams Uchemba broke the good news on Instagram.

Williams Uchemba and Brunella Oscar tied the knot on November 21st 2020 in a glamorous wedding that had top celebrities, captains of industry and Politicians in attendance.

A  Peep into Williams Uchemba careers and movies

Williams Uchemba is an Actor, African Entrepreneur, Executive Producer, Real Estate Developer and Founder of Williams Uchemba Foundation also CEO of Prothesis Ents. Indeed he’s a busy man with all this attached to his name.

Williams Uchemba began acting as a child actor in the year 2000. He rose to fame in 2001 after appearing in the hit film “The Journey of the Dead.” Along with Pete Edochie, Ramsey Noah, Olu Jacobs, and others, he was featured.

In 2003, he appeared in the film “Beyond Belief” alongside Emeka Enyiocha, Omotola Jalade-Ekeinde, Tuvi James, and Sam Loco Efe.

Uchemba appeared in the 2006 film “The World of Riches” alongside Clem Ohaneze, Ngozi Ezeonu, and others.

Williams Uchemba was a child actor who appeared in a number of films, including

Williams Uchemba was featured in African Rideshare in 2018.

In 2019, Williams Uchemba appeared in Merry Men 2, a film directed by AY Makun, a prominent Nigerian comedian. Jim Iyke, Falz, and other celebrities appeared in the film. In addition, he appeared in the 2019 blockbuster film “Sugar Rush.”

William Uchemba also works as a film producer. Prothesis Entertainment Limited, his film production firm, was founded by him. His film “Hands Full of Blood” is about to hit theatres.

Williams Uchemba is also a stand-up comic. He is well-known for his stand-alone comedy series. His Instagram and YouTube accounts are dedicated to his comedic series.