Actor Yul Edochie slams ladies that ask for fare on a date, the talented actor made this known on his Instagram account. His statement though the first sentence is in pidgin English reads: Na Una dey date broke women wey dey find transport money. There are hardworking, comfortable Women who will agree to go on a date with you without demanding transport fare before or after. They don’t need your money. Don’t generalise. All Women are not the same. 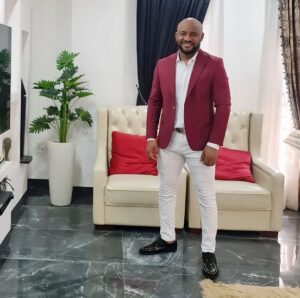 Yul Edochie’s statement has gained lots of supporting comments from colleagues in the Movie industry and his huge followers on Instagram. Yul has two million followers.

Some comments on Yul Edochie statement…

Actress eveesin commented saying: Louder
Shirley Igwe; Gbam
realdandavid : But are there men still dating such women?
officaiilee :@yuledochie with so much wisdom. In the US and outside Nigeria, women don’t ask men for transport money but they have actually turned it into a job opportunity. Some women in Nigeria can visit more than ten men a day in order to make savings from TP.
official_juicygenny : True ……. But don’t ask me to come out when I don’t have Fuel ooo cox you will gimme back! I know how I take hustle fuel on Monday
de.great_ezemmuo: It’s not all about being broke, but being stingy

Biography of Yul Edochie in brief…

Yul Edochie is a Nigerian actor, he’s named after popular Russian actor Yul Brynner. He hails from Anambra State in the southeastern part of Nigeria.Yul is the son of veteran Nigerian actor Pete Edochie. He was raised both in Lagos and Enugu. He is the last of 6 children. He got married at the age of 22. He’s a graduate of the University of Port Harcourt, Rivers State.
Related Topics:featured
Up Next