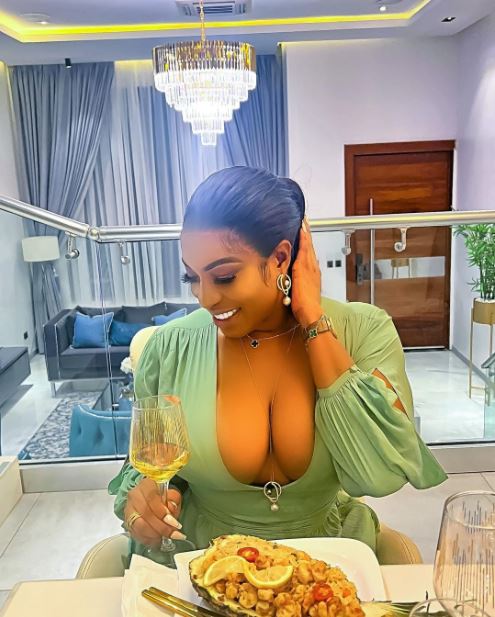 It is no secret that curvy Nollywood actress Chika Ike isn’t shy to show some skin when it comes to posing for camera shots.

Actress Chika Ike in cleavage-baring outfits isn’t strange nor is it new, when it comes to the 37-year-old, one thing is certain-she loves to wear clothes that show her curves and cleavages.

The divorcee has rocked some plunging outfits over the years and it includes plenty of cleavage-baring ensembles! Whether it is for taking a picture, being in a happy mood or going out with friends, Chika just loves to flaunt her curves and cleavage.

Two months ago, the actress shared pictures on Instagram wearing a local fabric designed dress and holding a lovely handbag, her cleavages were just plunging out the dress. which is typical of Chika.

On Thursday, the 16th Chika had a sumptuous meal with good friends as she described them, but she spiced it up with her cleavage-baring outfit. From the pictures, she shared on Instagram her cleavage was revealed for all to catch a glimpse of it.

MUST READ:  Full chest with a big heart, BBNaija Dorathy declares as she marks 27th birthday (pictures and video) 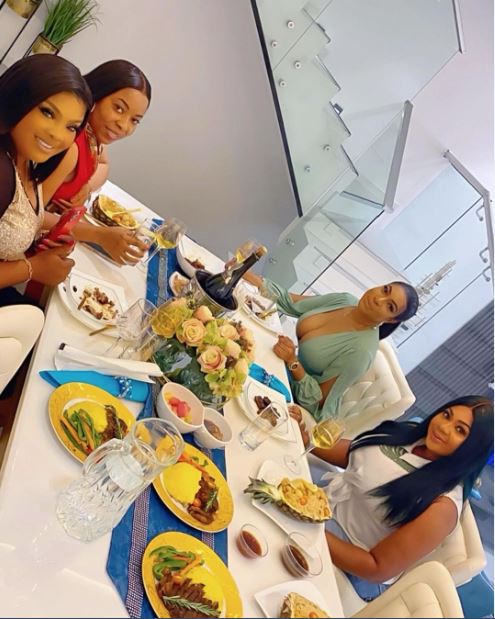 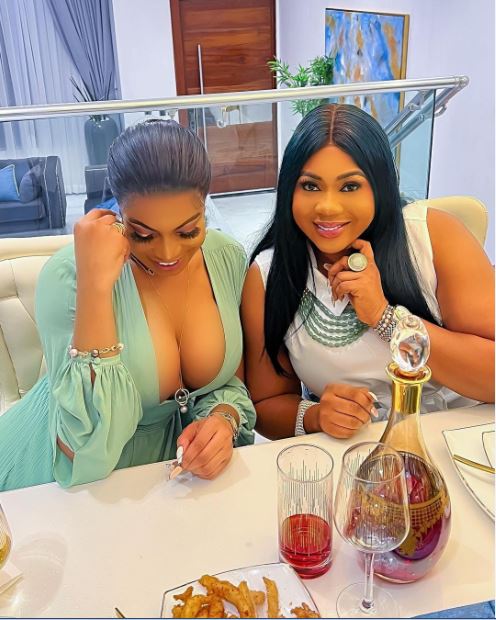 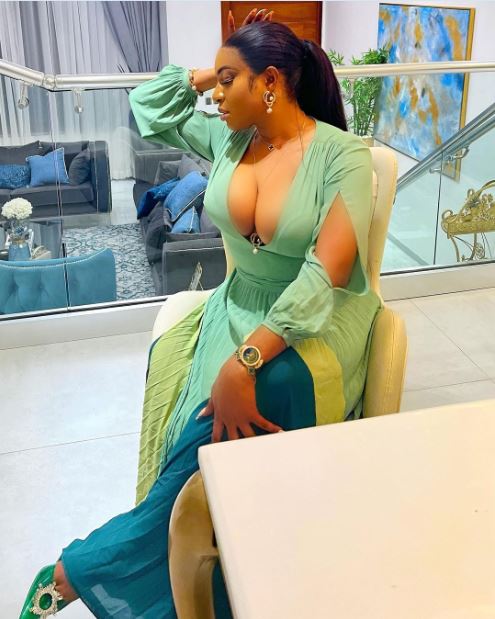 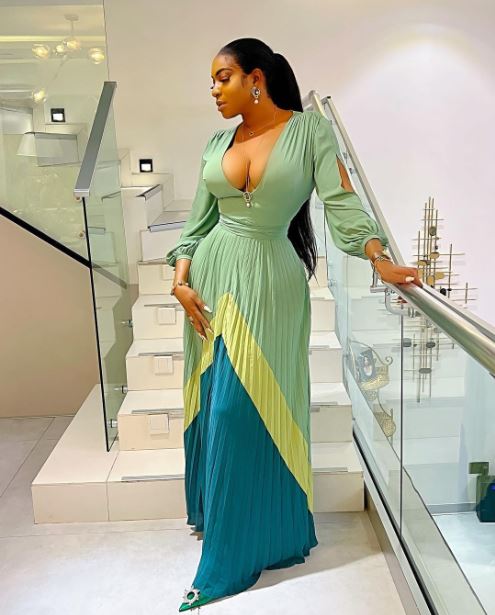 BBNaija Reunion:I Was Hoping Pere Will Woo Me For 3 Months Because I Am A Fine Girl But He Gave Up In 3 Days-Beatrice Spills