Nse Ikpe-Etim and her Spouse mark 9th year wedding anniversary, the seasoned actress shared a video on her Instagram handle with the caption:9 years with you and a lifetime to come. Happy anniversary to us.

Nse Ikpe-Etim and her spouse were childhood friends and got married on 14th February 2013 at the Lagos registry. This was followed by a  traditional wedding ceremony in her hometown in Akwa Ibom State and Lagos State, respectively, some months after the civil union. She currently resides in London with her husband, a senior lecturer at Middlesex University who frequents Nigeria for film engagements

The actress began acting on stage at the university when she was 18 years old. Her debut appearance on television was in the family drama Inheritance. She took a break from acting after graduating from university to pursue other interests until reappearing in Emem Isong’s Reloaded alongside Ramsey Nouah, Rita Dominic, Ini Edo, and Desmond Elliot.

MUST READ:  From The "City of Water",Venice,Juliet Ibrahim Shares Captivating Photos

Nse Etim was interviewed among people including William Coupon, Bisila Bokoko, and Ade Adekola in the Visual Collaborative Polaris catalog’s Supernova series for humanities in December 2019.

She appeared in the 2020 film Quam’s Money, which is a sequel to Tope Oshin’s 2018 film New Money. The sequel explores what happens when a security guard (Quam) becomes a multi-millionaire overnight. Falz, Toni Tones, Jemima Osunde, Blossom Chukwujekwu, and Nse Ikpe-Etim lead the new cast. 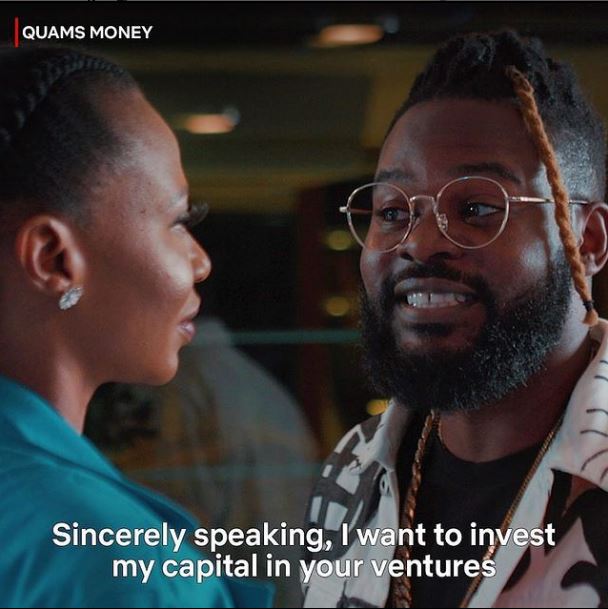 Fine Wine, directed by Seyi Babatope, has her in the lead role opposite Richard Mofe-Damijo and Zainab Balogun in February 2021.

Nse Ikpe-Etim has featured in over twenty movies, her most recent was in the King of Boys: The return of the King. She played the role of First Lady to the executive Governor of Lagos State (Jumoke Randle). Other movies Nse has featured in: