In-depth match report of AFCON 2021 final between Seven-time AFCON champions Egypt and Senegal that is seeking to win the most coveted trophy in the Africa continent; Mane and Salah both plays for Liverpool will be on opposite sides. 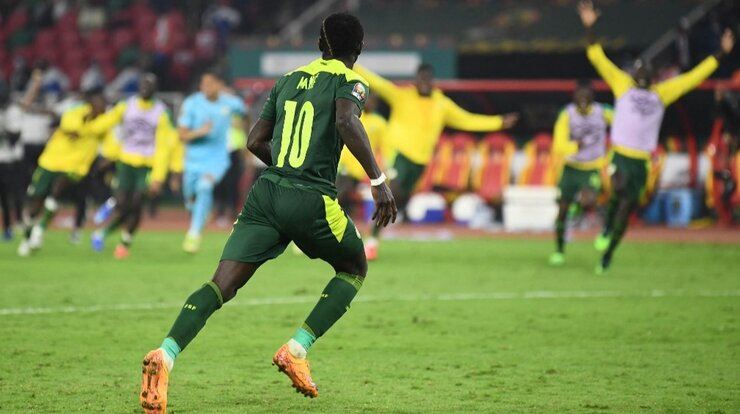 Senegal won the Africa Cup of Nations (AFCON) for the first time on penalties against seven-time winners Egypt, with Aliou Cissé triumphing in his third final appearance.

AFCON 2021 Final: Incredulous refereeing displays, escalating COVID-19 infections, and stadium stampedes are just a few of the challenges the organizers have been unable to avoid in this edition of the AFCON. Only a great spectacle could give the tournament some lustre as it neared its conclusion – and even that might not be enough.

Senegal was poised to win  AFCON 2021 Final and had a chance to grab the advantage after four minutes when Mohamed Abdelmonem brought down Saliou Ciss in the penalty area.

Sadio Mané, the talisman of the ‘Teranga Lions,’ stepped up to take the penalty against Gabaski, who saved two penalties in Egypt’s semi-final shootout victory over Cameroon. The ‘Pharaohs’ shot-stopper saved the day once more, parrying Mané’s effort around the post.

The rest of the first quarter was tense, with Senegal coming out on top. Ismaela Sarr was his team’s most serious threat, while Mohamed Salah was, predictably, Egypt’s. The Liverpool striker generated two chances for himself, but all were saved by Édouard Mendy, keeping the score level at halftime.

The second period didn’t have much in the way of exciting goaltending. Prior to this encounter, Egypt had only conceded twice in the competition, and Senegal had few serious chances due to Egypt’s defensive sturdiness. Gabaski was always on hand to keep Cissé’s side’s net empty, even as Cissé’s men threatened to break the deadlock.

Egypt had perhaps the better chances as the match became increasingly scrappy. Both Ahmed Hamdy and Abdelmonem received dangerous crosses, but their headers lacked the required direction to genuinely scare Mendy. Given the level of play and the fact that five AFCON finals have gone to extra time since 2000, the addition of 30 minutes seemed inevitable.

Senegal had their finest chance since Mané’s missed a penalty just seconds after the restart, as Bamba Dieng charged for goal. Gabaski, on the other hand, made another spectacular stop, this time from the same opponent’s header. Dieng and Hamdy Mendy both put Gabaski to the test, but no one could prevent the match from ending in the most dreaded of outcomes: a penalty shoot-out.

In a bizarre turn of events, it was Mané who stepped up to score the game-winning spot-kick in a display of mental fortitude. Senegal deserves to win AFCON 2021 Final, but the organizing committee must be questioned.