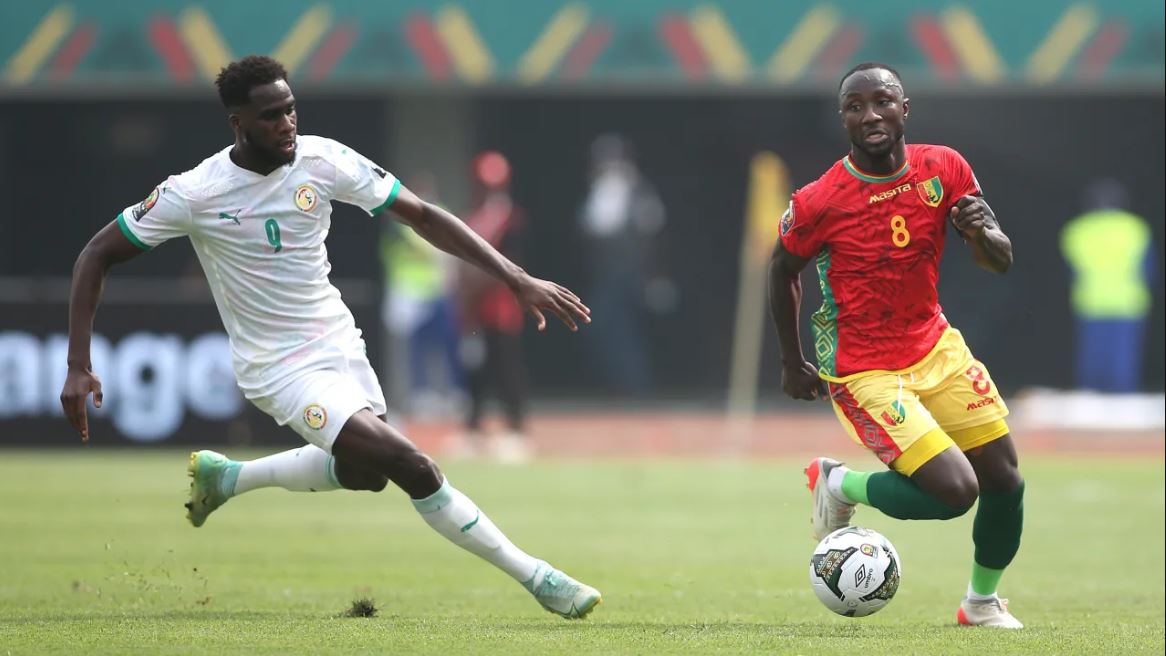 In their second match of the  Africa Cup of Nations(AFCON) at the Stade Omnisports de Bafoussam on Friday, the most anticipated top-of-the-table battle in Group B between West African giants Senegal and Guinea ended in a goalless stalemate. Senegal’s Bouna Sarr and Abdou Diallo both squandered two excellent second-half chances as the ‘Lions of Teranga’ and Guinea both kept clean sheets in a tense 0-0 Group B stalemate.

AFCON 2021:Senegal against Guinea ends in a goalless draw under the sweltering heat at Stade de Kouekong. After 1-0 wins in their respective openers, West African rivals Senegal and Guinea came into the match with exactly the same points and goal differential, and a win for either side would more or less guarantee progress to the knockout stages.

However, with the teams having won their last two games without conceding a goal, the focus was on defensive solidity until Guinea broke ranks and nearly caught Senegal off guard on the counter-attack.

Senegal came alive in the second period and began to exhibit the form that had led to a recent 12-match winning streak, making them one of the pre-tournament favourites. The ‘Lions of Teranga’ clawed their way back into the game, and a series of set-pieces nearly resulted in a goal when Diallo’s thunderous header forced Aly Keita into a fingertip save.

Sadio Mané almost scored his eighth goal at the AFCON since 2015 when he went on a solo run from the halfway line and laid in Sarr who feinted inside but his scuffed effort was agonisingly close to settling in the bottom corner.

A draw isn’t disastrous for either team, but Guinea will be the happier, as a win against Zimbabwe would put them in the knockout rounds for the sixth time in their previous seven AFCON outings.

Senegal, who had won six of their previous seven matches prior to the encounter, put up another lethargic performance, and their two squandered chances cost them an early qualification from Group B.

“We came to carry the three points but we are contented with the single point as Senegal came back to the second half looking very strong and determined. It was a tough match but I am happy the reconstruction I have been doing to the team paid off considering we played a very formidable side respected in Africa. We created dangerous situations and our efficiency was very commendable now we go back and prepare for the last game in the group”.

“I am satisfied with the draw today against Guinea as we came back stronger in the second half, unlike the first half where we were not perfect. Guinea played a perfect game and we have to commend them but now we go back and work to ensure we get three points from our next opponents Malawi. The competition has good teams and even though many people expect us to win all games our ambitions remain the same and we want to build from the draw “.