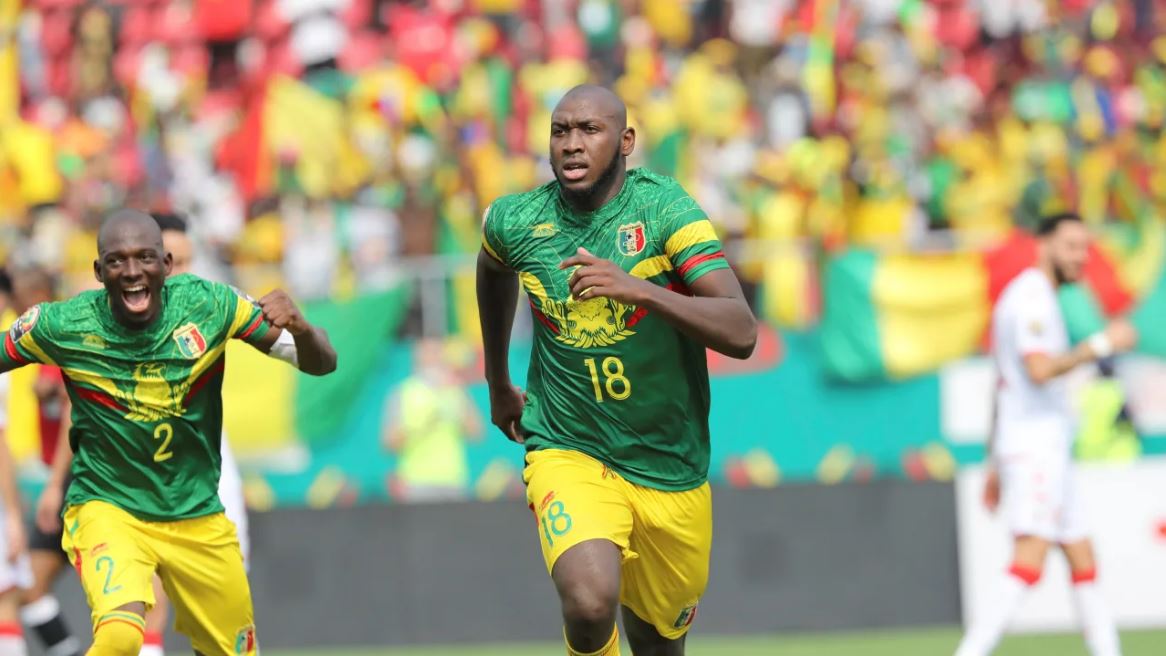 AFCON: Mali took a 1-0 lead in Group F of the African Cup of Nations (AFCON) thanks to Ibrahima Koné’s second-half penalty, extending their winning streak to five games, but the game’s main talking point was referee Janny Sikazwe’s performance.

Mali looked the more lively of the two early on, and Boubakar Kouyaté gave them the game’s first chance around the quarter-hour mark. The defender’s header, though, missed the mark. The Malians advanced farther into Tunisian territory as the game went, but the north African side held firm.

Mali came close to scoring first soon before halftime, with Massadio Hadara’s left-footed shot grazing the left post by a hair. Tunisia, despite looking good defensively, failed to register a single shot on target and will undoubtedly be the more dissatisfied of the two teams going into the break.

Mali took the lead almost immediately after the restart. Tunisia was caught off guard by a handball in the box and was subsequently punished by Koné’s penalty. Tunisia surged forward in response, looking to halt a three-game losing streak in AFCON qualifying (D2, L1), and the ‘Aigles de Carthage’ were given a lifeline in the 75th minute when Moussa Djenepo’s handball resulted in a contentious penalty. Wahbi Khazri is his country’s talisman, but goalkeeper Ibrahim Mounkoro saved his spot-kick magnificently.

Despite a late red card to Mali’s El Bilal Touré, Mondher Kebaier’s Tunisia was unable to produce an equalizer, visibly disturbed by the penalty miss. Despite the fact that VAR was used three times, referee Zinkazwe blew the full-time whistle before the completion of the 90 minutes and so added no injury time.

The two teams appeared to be set to return to the field for the last few minutes, but Tunisia, enraged by the official’s initial error, refused to continue on an embarrassing day for African football as a whole.

Mali, on the other hand, would be happy because they extended their unbeaten streak to seven games in all competitions and earned the first three points in Group F.

“The strength of our team has been solidarity. We joined hands for this collective victory. It is very important to start well. Stopping that penalty gives the team a boost.”

“We wanted to resume to play the remaining minutes but Tunisia did not want to resume, the referee then whistled the end of the game. We demystified the match, we managed with rationality the occupation of the field, the transmissions. Of course, the ambition is to get the cup, we say it with humility, wishful thinking ”

“The referee blew the whistle at the 85-minute mark at the 89-minute mark, it’s lunar. He deprived us of concentration. We did not want to resume because the players had already taken their baths, deconcentrated and demoralized in the face of this gruesome situation. ”