Afrobeat singer Burna Boy links up with Beyoncé in Paris(video)

Afrobeat singer Burna Boy links up with Beyoncé in Paris 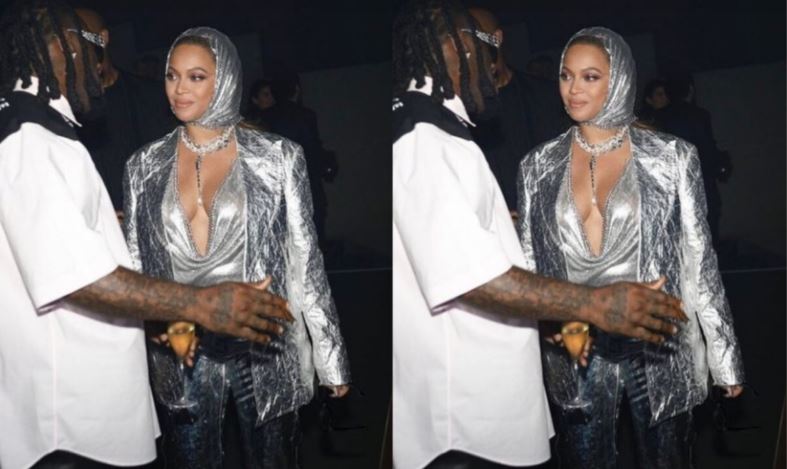 The Nigerian singer was one of the few people who attended Beyonce’s Tiffany & Co. party in Paris.

A photo shared on social media showed the singer conversing with Beyoncé, who was smiling brightly.

Winning an invitation to Beyoncé’s party and having a rare opportunity to have a conversation with her is unquestionably a major coup for the singer.

MUST READ:  Timaya Opens Up Why He May Not Get Married

He discussed his experience, saying that working with Beyoncé on a track from her curated album for the Lion King film was fantastic.

The Grammy award winner tweeted: “It was great working on the Lion King Soundtrack with ⁦@Beyonce⁩. Listen and Enjoy.”