According to a statement signed by presidential spokesperson Femi Adesina, Buhari made the remarks while receiving a delegation from the Institute of Chartered Accountants of Nigeria (ICAN) led by its President, Mrs Comfort Olu Eyitayo.

President of Nigeria Muhammadu Buhari said on Friday he is resolved to clean up the mess in the country, having made three unsuccessful attempts at becoming Nigerian president. 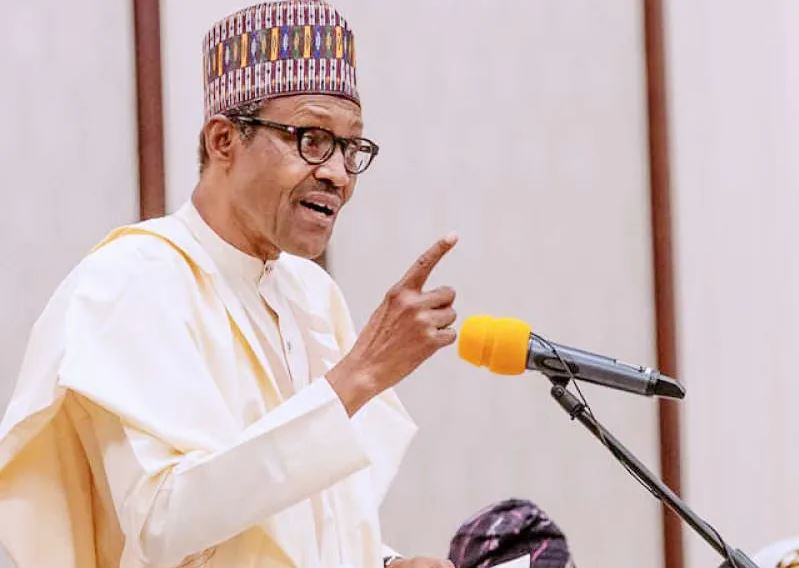 Buhari disclosed this while receiving a delegation of the Institute of Chartered Accountants of Nigeria (ICAN) led by its President, Mrs Comfort Olu Eyitayo, according to a statement signed by presidential spokesperson Femi Adesina.

MUST READ:  Governors from the South East in a closed-door meeting in Enugu

He was elected President of Nigeria in 2015  under the All Progressive Congress party  (APC), defeating the incumbent President Goodluck Jonathan of the Peoples Democratic Party (PDP).

President Buhari in a statement said: “Having served as a military Head of State, and returned to politics to serve as a president, after losing three elections, I have seen the system of accountability in the country, and the mess to be cleaned up,”

While praising the institute’s contributions to ensuring probity, accountability, and transparency, the President urged greater diligence and professionalism.
He pledged that his administration would continue to work with experts to achieve measurable and consistent results, adding that professionals in various fields, particularly accounting, provide the strength and framework for thriving economies.

Depicting ICAN as a “social stabiliser” of the economy, the President said he would go through reports and recommendations of the institute on inclusivity and strengthening the nation’s accounting system for growth.
In her remarks, the Minister of Finance, Zainab Ahmed, congratulated the President of ICAN and the new management.

According to her, ‘ICAN’ had, over many years, played a key role in the domestication of some international policies in the country, urging more interest in Finance Act implementation.

“As a female President in a male-dominated environment, you are an example to our young girls of what can be achieved through diligence and excellence,” the minister said.

The president of ICAN praised Buhari and his administration for adhering to best accounting principles and practices in order to secure and revive the economy, particularly by reverting to a January-December budget calendar.

According to Eyitayo, the institute has established seven faculties to train accountants in specialized fields such as forensic accounting.

The ICAN President stated that forensic accounting, in collaboration with security agencies, could be used to reduce the country’s security challenges by tracking all monies used in committing crimes and payments.