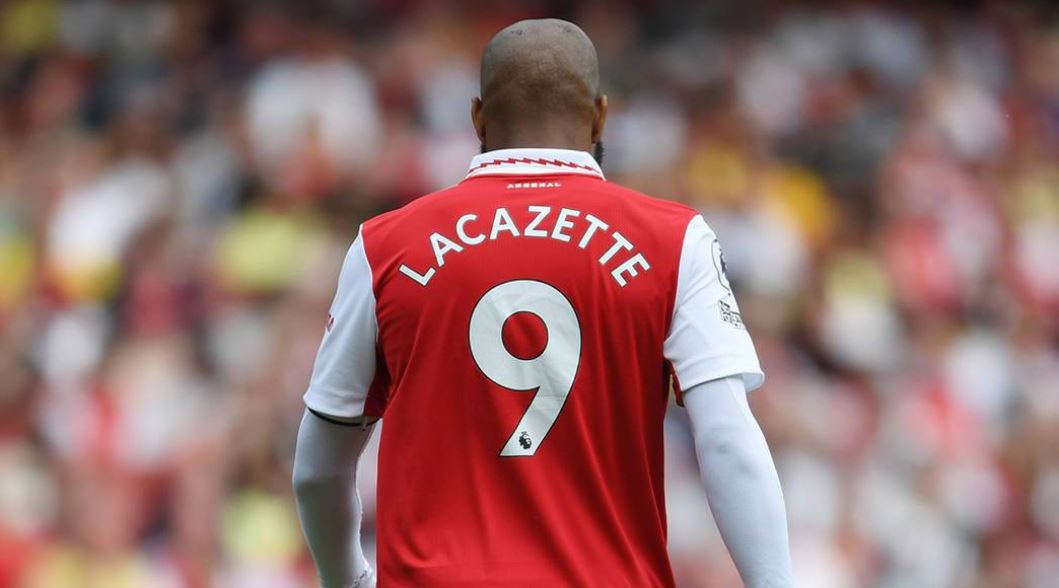 Frenchman Alexandre Lacazette will quit Arsenal at the end of his current contract, which runs until  June 30th.

North London football club Arsenal has confirmed on its official website that Lacazette will be leaving the club at the expiration of his current contract.

The club statement reads, Alex Lacazette will be leaving us at the end of his current contract, which runs until June 30.

Since joining us from Lyon in July 2017, Laca made 206 appearances in all competitions, scoring 71 goals.

That moved the French striker into the all-time top ten of goalscorers for us in Premier League history – scoring his first goal just 94 seconds into his league debut, against Leicester City, in August 2017.

Lacazette was an FA Cup winner with us in 2020, was in our FA Community Shield winning team in 2017 and was voted the Arsenal Player of the Season for 2018/19.

MUST READ:  2023:I Don't Want Neither Atiku Nor Tinubu To Fail-Okey Bakassi

Before joining us, Laca had played all his club football for his hometown club, Lyon, scoring exactly 100 goals in Ligue 1 during his seven years in the French club’s first team.

“Lacazette has been a fantastic player for us.

“He’s been a real leader on and off the pitch and has been a very important influence to our younger players.

“His commitment with us has been exceptional and we wish him and his family success and happiness.”

“A big thank you to Laca from everyone at Arsenal.

“He’s been really important for us. “He will always be part of the Arsenal family and we wish him well for everything in the future.”

Before departing, Laca spoke to us about his time at the club – click the ‘Play’ button below to watch the full interview.

Thank you, Laca, we wish you all the best for the next chapter in your career, Edu said.

Related Topics:Arsenal newsfeatured
Up Next