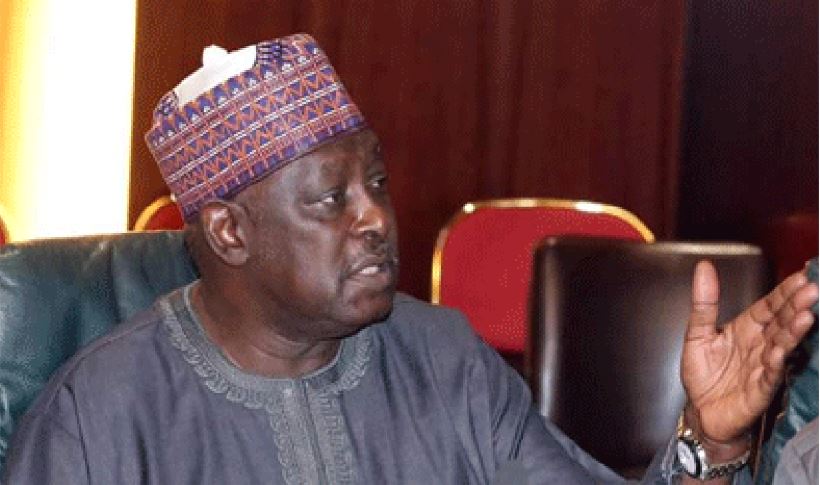 A High Court of the Federal Capital Territory FCT has discharged and cleared a former Secretary to the Government of the Federation, SGF, Babachir Lawal from the N544M contract fraud charges brought against him by the Economic and Financial Crimes Commission, EFCC.

On Friday, the Court declared that the anti-graft agency had utterly failed to construct a case against the former SGF.

Justice Charles Agbaza ruled on Babachir Lawal’s no-case motion, finding that the EFCC had asserted that none of the 11 witnesses who gave testimony for the EFCC had established any elements of any crime.

The judge ruled that the EFCC had not proven Babachir Lawal to have been a member of the Ministerial Tenders Board or the Presidential Initiative for North East PINE, either of which awarded the disputed contract or vetted and approved it.

MUST READ:  "Olosho you need to make peace with God and free yourself from depression" -Prince Kpokpogri tells Tonto,the actress hits back

Justice Agbaza further ruled that the EFCC had failed to connect Babachir Lawal to the Bureau of Public Procurement (BPP), which had granted a certificate of no objection to the contract prior to its award.

Due to a lack of supporting evidence, the judge dismissed and acquitted all of the defendants in the 10-count criminal accusations brought against them.

They were charged with a 10-count fraud-related charge involving the removal of evasive plant species worth N544 million, to which they entered a not guilty plea.

On Monday, November 30, 2020, Babachir Lawal, the former secretary to the government of the federation, was re-arrested by the Economic and Financial Crimes Commission (EFCC) before Justice Agbaza.

One of the charges read, “That you, Engineer Babachir David Lawal, while being the Secretary to the Government of the Federation (SGF) and a director of Rholavision Engineering Ltd on or about the 22nd August 2016 at Abuja, in the Abuja Judicial Division of the High Court of the Federal Capital Territory did knowingly hold indirectly private interest in the contract awarded to Josmon Technological Ltd but executed by Rholavision Engineering Ltd for the removal of invasive plant species and simplified irrigation to the tune of N258,132,735.99 (Two Hundred and Fifty-eight Million, One hundred and Thirty-two Thousand, Seven Hundred and Thirty-five Naira, Ninety-nine kobo) only, by the office of the Secretary to the Government of the Federation (OSGF) though the Presidential Initiative for North East (PINE) and thereby committed an offence punishable under Section 12 of the Corrupt Practices and Other Related Offences Act, 2000.”