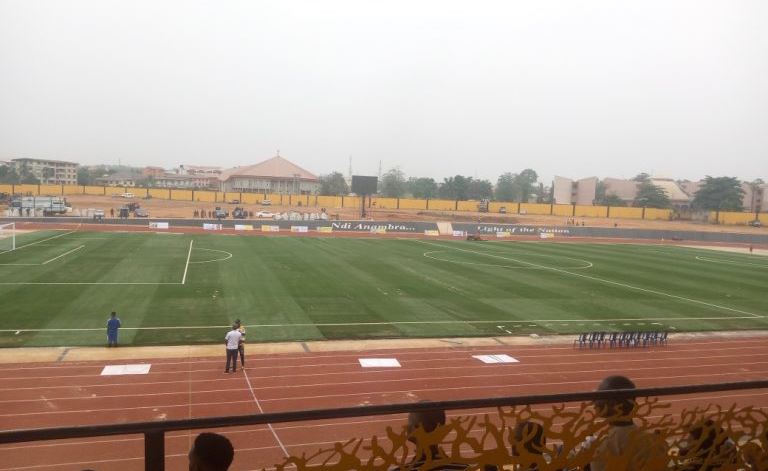 Anambra Governor Willie Obiano inaugurates stadium in Awka on Tuesday. This project will help to improve sporting activities in Awka and the State.[enomaomoruyi.com]

The stadium features an eight-lane Poly Unit Premium tartan track, with a hybrid synthetic surface for the football field.

Governor Willie Obiano remarked at the inauguration that he was pleased to have created the facility, which he would leave to the people of Anambra as one of his administration’s legacy projects.

Former Central Bank Governor Professor Charles Soludo will be taking over from Willie Obiano upon the expiration of his tenure.

Related Topics:AnambraNaija News
Up Next