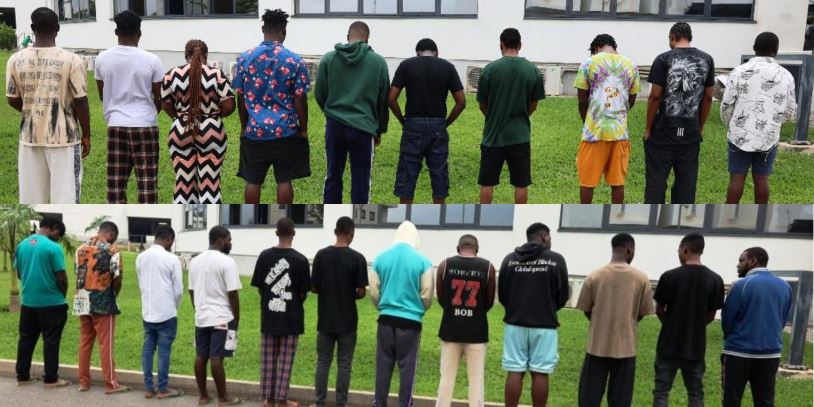 They were apprehended within the Brains and Hammers Estate in the capital city’s Life Camp neighbourhood.

According to the anti-graft agency, the arrest was made in response to actionable intelligence on their alleged internet fraud activities.

As soon as the investigations are completed, the suspects will be charged in court.

MUST READ:  11 died in Rwanda from Banana made drink-Authorities
Related Topics:cybercrimefeatured
Up Next