The ruling All Progressive Congress(APC) Chairman Abdullahi Adamu and Abubakar Kyari, the deputy chairman (north), have both resigned their membership in the upper legislative chamber.

The National Chairman of the ruling All Progressive Congress(APC) Abdullahi Adamu has resigned from the upper legislative chamber(Senate).

Abdullahi Adamu was elected chairman of APC at the convention of the party that was held on March 26. 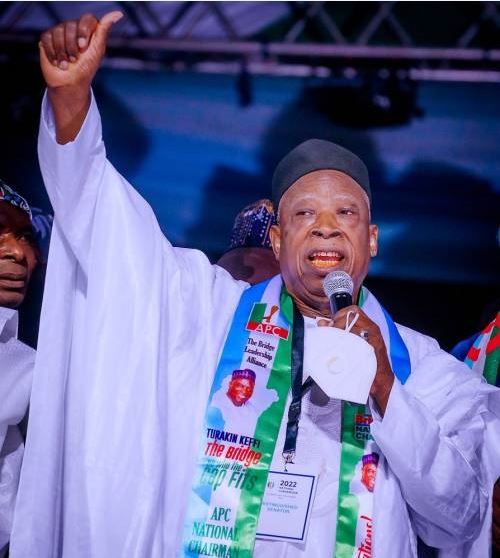 He represented Borno north until his resignation.

MUST READ:  Steve Bannon charge with contempt of congress

Their resignations were announced in letters read aloud on the Senate floor by Senate President Ahmad Lawan on Tuesday.