70-year old former governor of Lagos State, Bola Ahmed Tinubu has won the presidential ticket of the All Progressive Congress (APC) party having polled the highest votes during the primary election held at the Eagle Square, Abuja. 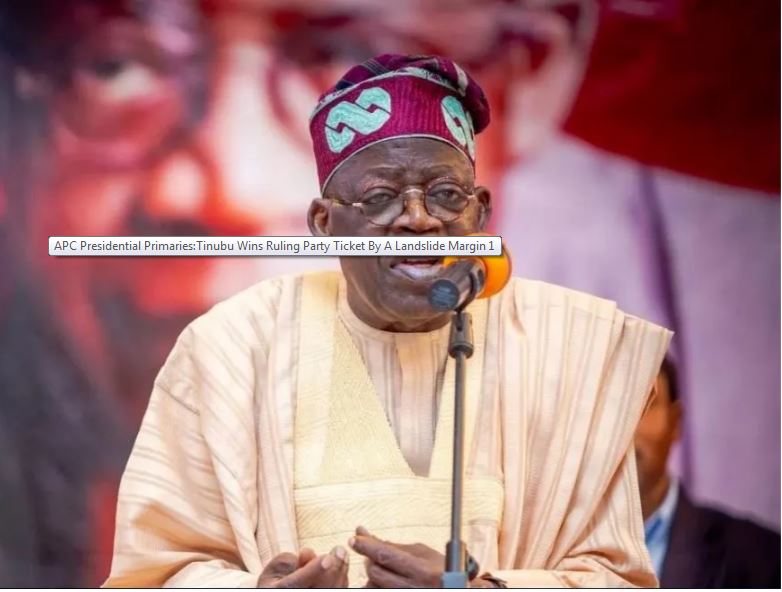 MUST READ:  Court orders ASUU to call off strike

Seven of the aspirants stepped down for former Lagos Governor during their addresses to delegates, indicating his victory even before the primary began.

Senator Godswill Akpabio, former Minister of Niger Delta Development, led the pack of seven aspirants who stepped down to make way for Asiwaju.

MUST READ:  A gas pipeline explosion in Delta State has caused a scare

Senator Ken Nnamani, the former Senate President, had withdrawn from the race prior to the convention.

When the APC Election Management Committee announced Tinubu as the winner of the hotly contested primary, Eagle Square erupted.

Owo Killings:Women Gather In Ondo Town To Curse Those Who Kill Worshippers