Arsenal’s 2-1 win over 10-man  Leeds Utd in the Premier League(PL) strengthen their grip on fourth place, heading into Thursday’s crucial North London derby away at Spurs.

While Arsenal hoped to solidify fourth place, Leeds needed all three points to put some distance between themselves and Everton, who were in 18th place.

After Tottenham Hotspur’s secured a  1-1 draw with Liverpool on Saturday night at Anfield, the Gunners knew a win would see them solidify fourth place ahead of a crucial north London derby and they got the perfect start as Eddie Nketiah’s double inside the first 10 minutes set them on the path to victory.

Leeds struggled to gain a foothold in the game, and their fate was sealed when Luke Ayling was sent off for a two-footed lunge on Gabriel Martinelli, which was upgraded to a red card after a VAR intervention.

After the break, Leeds grabbed a lifeline from nowhere as Diego Llorente struck at the far post to set up a tense finish, but the Gunners, who were hanging on at the end, clung on for a nervy victory. 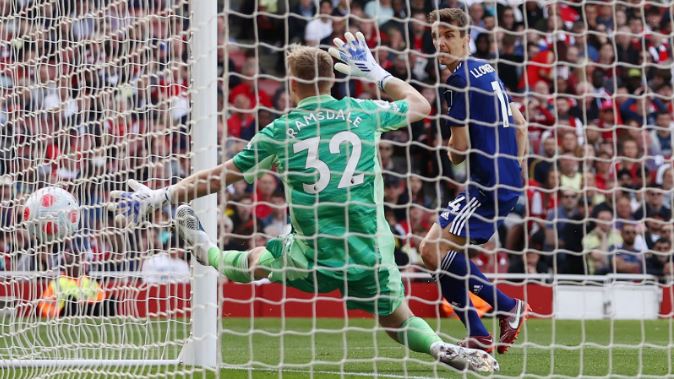 Diego Llorente pulls a goal back for Leeds Utd

It sets up a crucial game against Spurs on Thursday (kick-off at 7.45 pm), when the Gunners, who are now just one point behind third-placed Chelsea, could clinch Champions League football with a win.

MUST READ:  Chelsea 2-2 Liverpool:stalemate at the Bridge

Meanwhile, it is a disheartening day for Leeds Utd, despite a spirited second-half performance, ends with them in the relegation zone with three games remaining after Everton’s 2-1 victory at Leicester.

Here are the thoughts of Man Of The Match, Eddie Nketiah 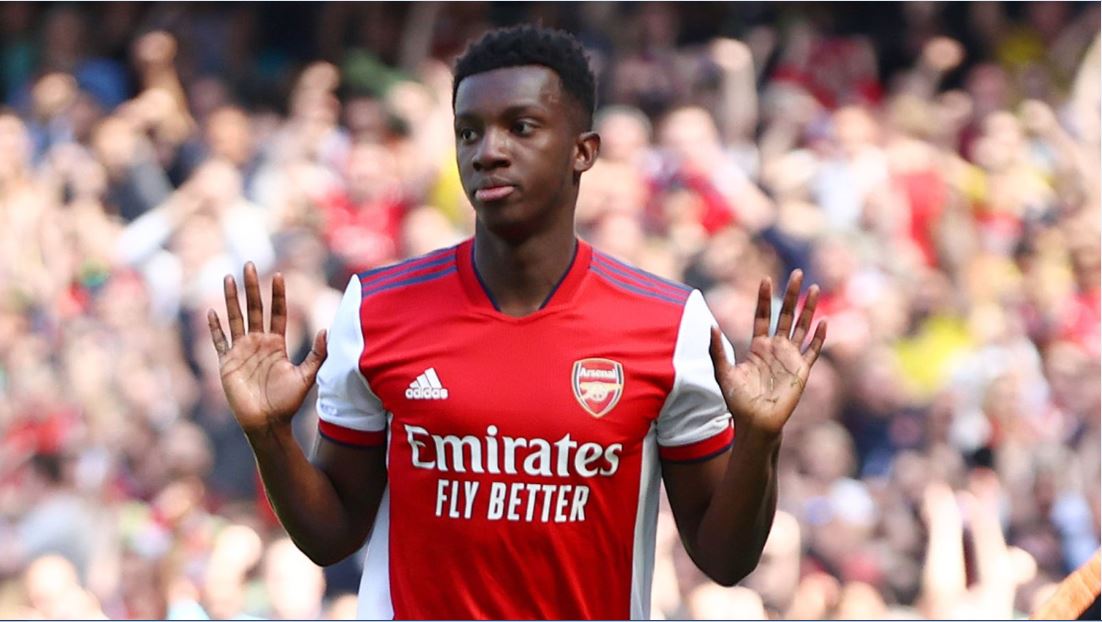 “It’s always nice to score but it was a big three points.

“We’ve been working hard and want to get it for the fans. It’s amazing to get the three points, it moves us closer to our objectives.

MUST READ:  BBN Reunion:"I Was His Girlfriend No I Never Asked Her Out"-Liquorose and Emmanuel Disagree On Their Relationship Status{Video}

On getting more game time in the team: “Any player just wants to be playing and get the opportunities. I’ve worked hard throughout the season to make sure that I was ready when I get my chance and credit to my teammates for helping me play and do well. I’m just happy in the team and help.”

On whether days like today entice him to stay: “It’s a great atmosphere throughout the whole season, it’s been excellent. You really feel the connection between the players and the fans, it’s amazing to be involved.”

Arsenal takes a trip to Tottenham on Thursday night for a crunch north London derby, kick-off at 7:45 pm, as both teams battle it out for a place in Uefa Champions League. Mikel Arteta’s team then travels to Newcastle on Monday kick-off at 8 pm.