Arsenal 2-0 Leicester City: The Gunners played with a swagger and dominated play from start to finish. Foxes’ weakness defending set-piece was exposed when Partey was allowed to head home a corner from the near post while Lacazette put the game out of reach from the Foxes after slotting home a penalty kick in the second half.

In-depth match report as Arsenal comfortably defeat Leicester 2-0 and move to fourth in the Premier League table. Gunners are a point ahead of Manchester United in the fifth spot despite the Reds having played three more games. 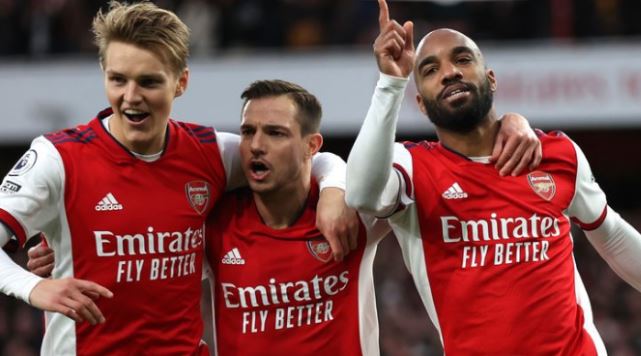 Alexandre Lacazette scored to break his three-month goal drought, propelling the club back into the top four of the Premier League. The striker scored a second-half penalty to cap a 2-0 win over Leicester City, giving the ‘Gunners’ five straight victories.

Arsenal was on the attack from the start, and their 11th-minute opener felt inevitable as they exposed Leicester’s set-piece weakness. Arsenal scored with their first corner kick of the match, as Thomas Partey powerfully headed home from Gabriel Martinelli’s delivery. The ‘Foxes’ have conceded more goals from corners than any other Premier League team.

MUST READ:  Freed Nollywood Actress,Cynthia Okereke Recounts Her Ordeal At The Hands Of Kidnappers 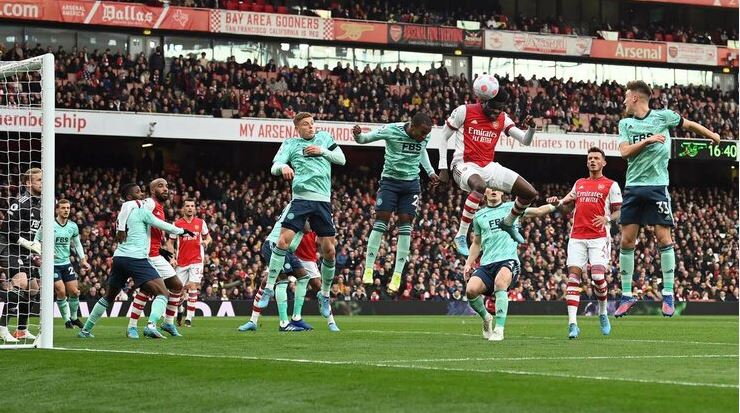 Thomas Partey scores from a header

Thomas Partey almost got another a few moments later when he clipped against the bar from the edge of the area, and that near-miss seemed to wake up Leicester. Foxes grew into the game and began to dominate possession, with Harvey Barnes having two of their best chances, only to be denied by a pair of excellent Aaron Ramsdale saves.

Emile Smith Rowe was a big boost for Arsenal, the team’s top goalscorer was only fit enough for the bench  Mikel Arteta named an unchanged team from the win over Watford.

The second half began similarly to the first, with Arsenal pressing forward and seeing Bukayo Saka’s acrobatic effort cleared by Kasper Schmeichel. After referee Anthony Taylor and VAR determined that Partey’s header had brushed the fingertips of alar Söyüncü before being cleared off the line by Luke Thomas. Lacazette calmly blasts the penalty kick past Peter Schemiechei. Although Leicester City boss Brendan Rodgers felt the decision to award the penalty was wrong. 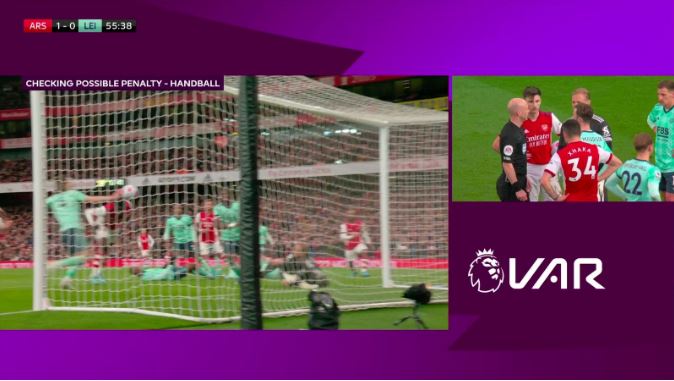 MUST READ:  Roman Abramovich to sell Chelsea & gift returns to victims of War in Ukraine

From then on, the ‘Gunners’ played with a swagger Leicester, without top scorer Jamie Vardy, offered little attacking threat, with the exception of a long-range Kelechi Iheanacho strike that was easily saved. On the other end, Emile Smith-Rowe had the final chance, but his shot was blocked at the near post. The result puts Arsenal one point ahead of Manchester United, while Brendan Rodgers’ side is in 12th place, 13 points out of a European place.