In-depth match report as Arsenal stage a comeback after Gabriel’s horrendous back pass to Ramsdale gifted Wolves the lead early in the first half; spirited second-half performance from the Gunners led to goals from Pepe and a late strike from Lacazette which put them firmly in the fight for top-four. 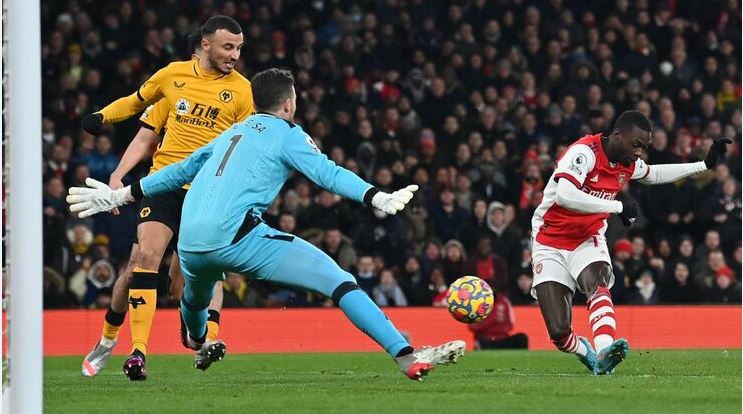 Arsenal staged a dramatic comeback to beat Wolves 2-1 on Thursday night thanks to a last-gasp goal from Alexandre Lacazette, providing them with a huge boost in their Uefa Champions League qualification bid and depriving Wolves of back-to-back away wins at the Emirates.

Arsenal staged a dramatic comeback to beat Wolves 2-1, with the game being so crucial in terms of the Uefa Champions League qualification spot, there was a sense of urgency from the start. Arsenal came close in the first minute through Gabriel Martinelli, while Romain Sass beat Aaron Ramsdale from a cross after five minutes, only to be called offside.

Wolves pressed high, and after 10 minutes, Raul Jiménez forced Gabriel into a horrendous backpass, allowing Hee-Chan to round Ramsdale and put the visitors 1-0 up, ending a run of four Premier League games without a goal inside the first 30 minutes at the Emirates. 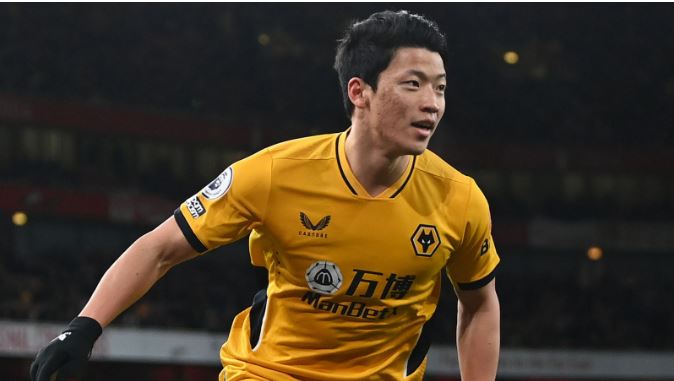 Arsenal faced a difficult challenge in overcoming a deficit against a team that has conceded the second-fewest goals in the Premier League this season, but they persevered. Martinelli got near on a few occasions as passes turned sloppy, but Wolves took the lead into halftime thanks to some desperate defence.

After the hiatus, the status quo was preserved. After latching onto a superb cross from Daniel Podence, Hwang almost doubled Wolves’ advantage after 47 minutes, hitting wide from a similar position to his opening. Arsenal had little trouble with possession, but they were unable to stretch Wolves. Lacazette put forth a lot of effort, but his lack of sprinting in behind left him with no one to find when he dropped deep for the ball.

The Gunners rallied as the Wolves wore down. After 82 minutes, replacement Nicolas Pépé equalized after Eddie Nketiah’s layoff with a clever pass over the top. With two games in hand, Lacazette’s effort from a corner forced a late winner in the fifth of six added minutes, bringing Arsenal to within a point of fourth-placed Manchester United.

MUST READ:  Italy fail to qualify for World Cup after 1-0 loss to North Macedonia

Man of the match post-match reaction…

Alexandre Lacazette told Amazon Prime: “I feel really happy, it is amazing to win this kind of game in the last minute.

“We really wanted this win because we know it is important to be at the top of the table.

“I knew it was the end of the game and Nicolas Pepe gave me a good ball. It went in and we are happy with the three points.

“A bit sad it is not gone down for me, I want to score, but most important is to win.

“We had a difficult January but we are coming back better in February.”