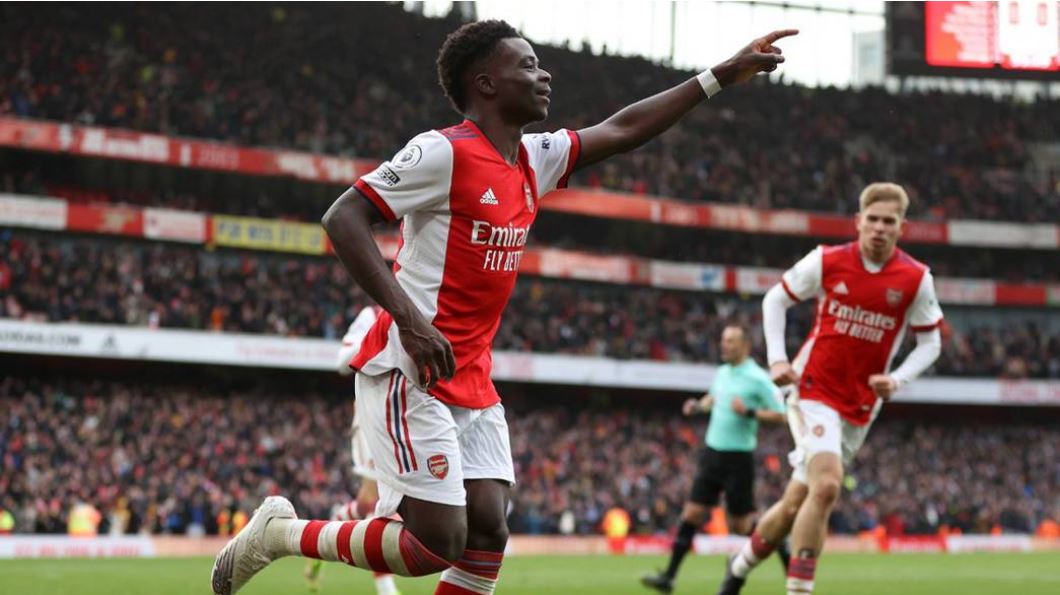 The Gunners return to form at the Emirates Stadium making light work of struggling Magpies in the Premier League lunchtime kickoff.

Arsenal Teenagers shine in 2-0 victory against winless Newcastle, the Gunners were targeting a ninth consecutive home Premier  League win against Newcastle in the midst of their best ever 12-game start to a Premier League season.

Emile Smith Rowe forced Martin Dubravka into an outstretched save high to his right-hand side as the hosts took the lead. Mikel Arteta’s troops were unable to make an early breakthrough despite their perseverance.

The game continued to open up as the half progressed, and it looked as if the visitors would grab the lead when Jonjo Shelvey curled a 25-yard strike towards the goal. Aaron Ramsdale’s elastic save, which tipped the ball onto the crossbar high to his left, was the latest in a long line of great saves. Pierre-Emerick Aubameyang, on the other hand, was unable to convert from six yards out.

Newcastle was robust and disciplined all through the first half, they had to do their fair share of defending which was enough to keep Arsenal at bay.

Early in the second half of the match, Newcastle went into match management which gave an invitation to Arsenal heaping pressure on them. Lascelles and Krafth got booked, the former will miss their next key Premier League home fixture against Norwich along with Matt Richie who has accumulated five yellow cards after getting booked in the first half.

Eddie Howe now has another headache, how to replace the two suspended defenders in the back four against Norwich on Tuesday in the Premier League.

The Gunners took the lead after only 11 minutes of the second half, after being unlucky not to be up at the break. Arsenal Teenagers Nuno Tavares and Smith Rowe put together a nice combination move that allowed Bukayo Saka to score his second goal of the season, which he did with a perfect finish.

Despite the England international limping off with an injury moments later, Gabriel Martinelli was able to beautifully lift his first-time shot above the onrushing Dubravka midway through the second half.

Arsenal in precise going forward in the closing stage of the match, as there were chances that should have been converted, maybe the thought of three points already secured was running in their mind.

Arsenal have now won eighteen(18) of their last nineteen(19) meetings in all competitions with Newcastle.

Newcastle’s hunt for three points continues, as only one team has ever avoided relegation after going winless in their first 13 games. Arsenal, however, is still in fifth place in the Premier League and is aiming to return to Europe after a year away.

MUST READ:  Greenwood granted bail pending the outcome of investigation

There was just the one change from the Gunners team that suffered defeat at Anfield last weekend, with Martin Odegaard returning to the side in place of Alexandre Lacazette. It was the Norwegian’s first start since the draw with Crystal Palace on October 18.

Three changes were made from the draw with Brentford. Martin Dubravka made his first appearance of the season in goal as Karl Darlow lost his spot. Also, Emil Krafth and Ryan Fraser started.

Arsenal will now face Manchester United in the Premier League on Thursday night at 8.15 p.m., while Newcastle will face Norwich at 7.30 p.m. on Tuesday.