The tragic incident occurred at about 9:30 pm on Sunday.

At least eight persons were killed after a three-storey building collapsed in the Ebute Meta area of Lagos State on Sunday night. 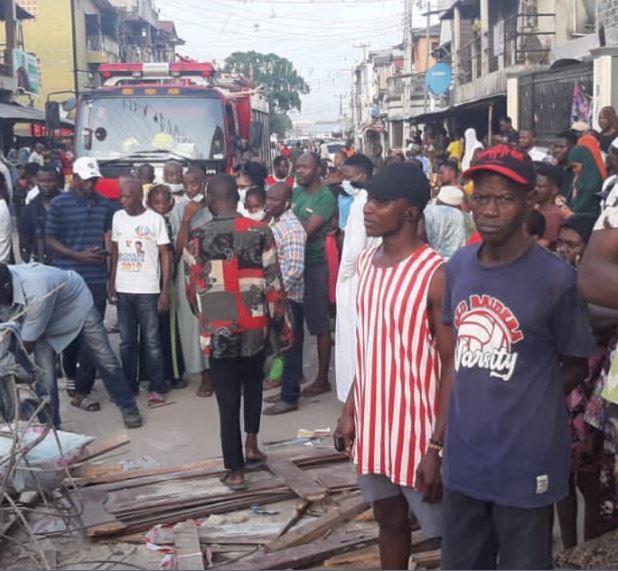 The Lagos State Emergency Agency was on the ground to carry out the rescue operations, as many were said to be trapped under the rubbles.

The collapsed building is located at 32 Ibadan street in the Ebute Meta area. 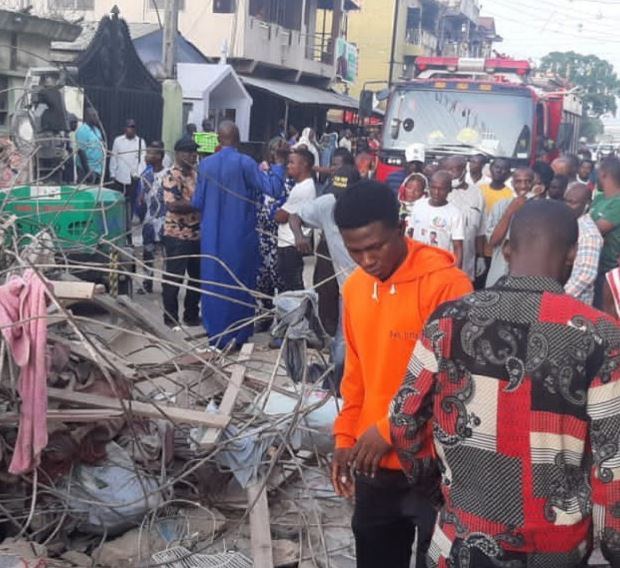 Sympathizers at the scene of the collapse three-storey building

The statement read, “An alert of a collapse of a three-storey building by 32 Ibadan Street, Ebute Metta was received at 21:48 hours, Sunday with Lagos State Fire and Rescue Service already at the scene.
“Search and Rescue ongoing with updates to follow, please.”

MUST READ:  (Updates) Oluwabamise:Why I ran away BRT driver reveals(video)
Related Topics:featured
Up Next