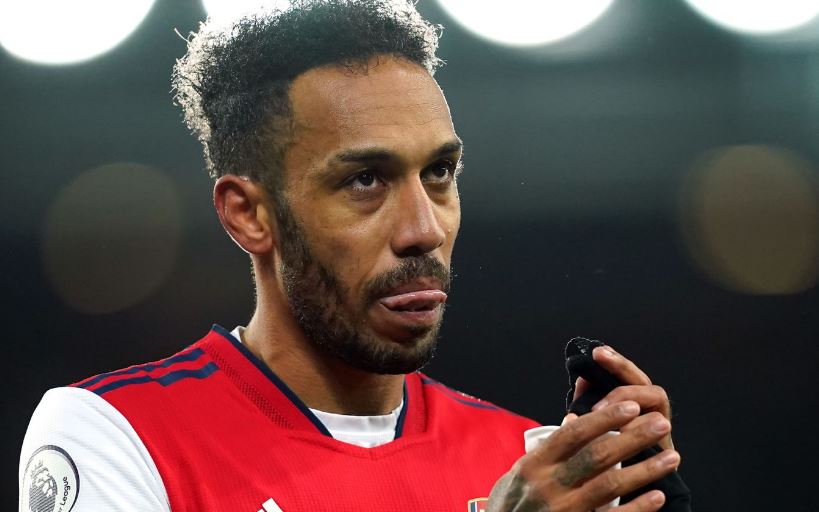 Arsenal has taken a step further to discipline Pierre Emerick Aubameyang who was dropped out of the squad that defeated Southampton on Saturday because he failed to turn up for training, he has now been stripped of Captaincy.

Aubameyang was dropped out of the squad for Saturday’s match against Southampton, and Arsenal confirmed their decision to relieve the forward as captain on Tuesday.

The club also said Aubameyang will not be available for selection against Hammers on Wednesday.

“We expect all our players, particularly our captain, to work to the rules and standards we have all set and agreed,” the club said in a statement.

“We are fully focused on tomorrow’s match.”

Arsenal head coach Mikel Arteta said that the “painful” decision had been made to “defend the interests of the football club”.

Mikel Arteta confirmed that both he and senior club officials had held face-to-face conversations with Aubameyang to inform him of their decision.

“I think it’s a really clear statement from the club,” Arteta said during his pre-match press conference on Tuesday. “It’s a decision that we’ve made following the last incident that we had with the player and this is where we stand.

“When we have to make that decision, obviously it’s because that’s the right one to defend the interests of the football club.

“It’s been a lot to digest and a really difficult decision to make, so we need a bit of time.

“To make the decision that we made is because it was really hurting and it’s still like this and it needs a little bit of time to heal, so for now, again, he’s not involved in the squad.”

Mikel Arteta suggested that there would be no rush to appoint a permanent replacement for Aubameyang as captain, with members of the club’s ‘”leadership group” set to share the responsibility in the coming weeks, in the last game it was Laca, we had had Granit who has been captain as well, so we will follow that. It is a really unpleasant situation and it is not the moment to any rash decision.

MUST READ:  Manchester United are confident of striking a deal with Locomotiv Moscow for Ralf Rangnick

That leadership group is really strong, it is the one that communicates with myself and the coaching staff and with the club in a really strong and clear way and we are going to continue that.

That is one of the decisions we make, to make that group a little bit better and try to educate them and try to get the right feedback all the time and build trust and a strong culture around the club. It is working really well so we will continue to do that.

Arsenal boss also spoke on how important the next captain will be: It’s really important but for me having the leadership group is something that has been tremendously helpful because then you get different voices. It is a really multicultural dressing room that needs a lot of attention and different feelings and different languages, they all have to be involved and I’m comfortable with that.

MUST READ:  Blues cruise to 3-0 victory over frustrated Foxes

This is not the first time Aubameyang has breached training rules, he turned up late for a meeting before and got left out of the side to face Tottenham. Aubameyang is a senior player in the team, he should show a good example for all the younger players.

Aubameyang has a problem keeping with time, this was a statement from Thomas Tuchel who was once his boss at Borrusia Dortmund. Even his last days at Dortmund before joining Arsenal he had disciplinary issues.

The headache for Arsenal now is Aubameyang lucrative contract at the club, which club will sign him for such huge wages. Remember the Gunners manage to find a way to offload Mesut Ozil who had such a huge wage. Now they are faced with the Aubameyang dilemma.

There are no plans to stop the Premier League