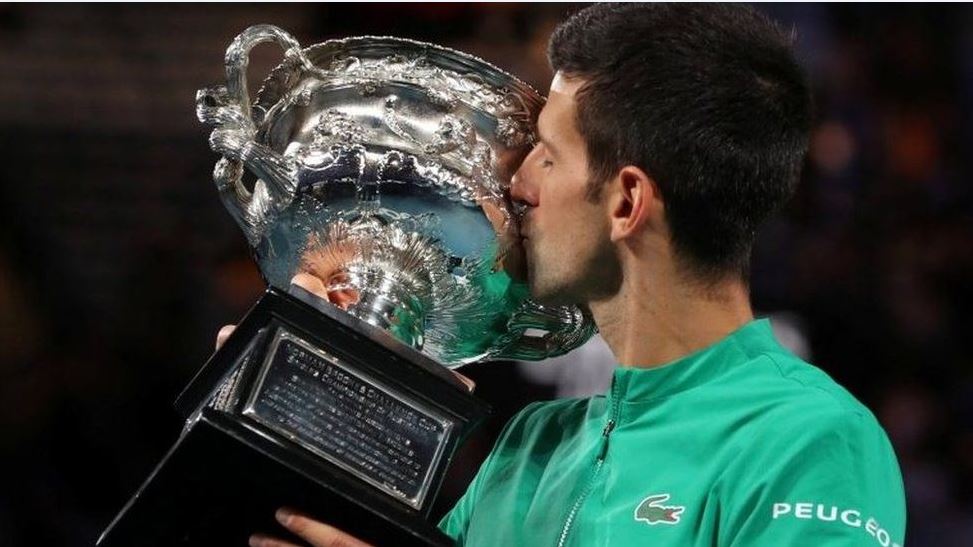 Novak Djokovic, the world number one tennis player, has been denied entry to Australia due to a visa issue.

Australia denies Novak Djokovic entry visa, the World No 1 tennis player was exempted from the Australian open vaccine this sparked criticism from Australians and Tennis players.

The player arrived in Melbourne on Wednesday where authorities detected an error on his paperwork.

After being excused from vaccine requirements, Djokovic was set to compete in the Australian Open.

According to Australian media, he will be flown out of the country later on Thursday, but his attorneys will appeal the decision.

Scott Morrison Australia Prime minister said no one was above the rules, and Djokovic is reportedly challenging the decision.

Authorities noted shortly after his arrival in Melbourne that his team had not applied for a visa that allows medical exemptions for being unvaccinated. Djokovic hasn’t revealed whether he’s vaccinated, but he did say last year that he was “anti-vaccination.”

It’s unclear whether the athlete will stay in Australia while his attorneys try to get the ruling overturned.

In a declaration, the Australian Border Force said Novak Djokovic “failed to provide appropriate evidence to meet the entry requirements to Australia, and his visa has been subsequently cancelled.

“Non-citizens who do not hold a valid visa on entry or who have had their visa cancelled will be detained and removed from Australia,” it added.

Greg Hunt Australian Health Minister told Channel 7 News Sunrise programme: “Australians have had to do it tough, and Australians in many different states and territories have to show their vaccination record… it’s not unreasonable to have exactly the same requirements of all who enter this country.”

MUST READ:  Man Utd sits top on the EPL table after a comfortable victory over Newcastle

Australia Prime Minister tweeted: “Rules are rules, especially when it comes to our borders. No one is above these rules.” ​

Australia decision to deny Novak entry visa has angered the World No 1 father Srdjan Djokovic. He said his son was had been in a room guarded by police.

President Aleksander Vucic said the star was a victim of “harassment”, and that “the whole of Serbia”, are behind him.

After experiencing the world’s harshest restrictions, Australia is now seeing tens of thousands of Covid-19 cases for the first time. Despite the fact that more than 90% of Australia’s over-16 population is fully vaccinated, some people are still unable to travel interstate or internationally due to current restrictions.

Many Australians had previously accused the government of allowing the wealthy and famous to live their lives as they pleased while ordinary people were kept apart from their sick and dying loved ones.

The Australian Open gets underway in Melbourne on January 17th. Djokovic has won the tournament nine times before.