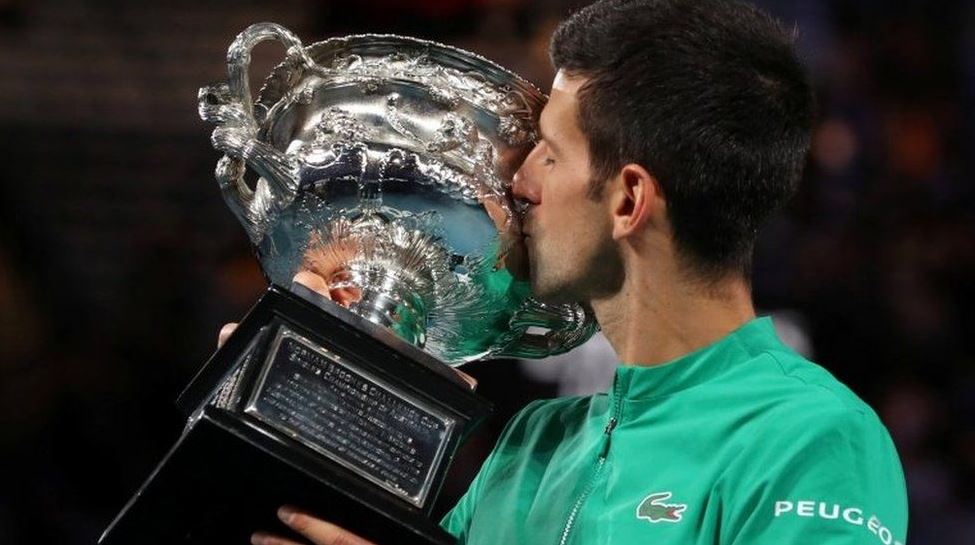 The announcement that tennis player Novak Djokovic will play in the Australian Open despite being exempted from vaccination requirements has enraged Australians.

Vaccination is required for all players and personnel at the tournament unless an expert impartial panel grants an exception.

Novak Djokovic has not stated whether he is vaccinated, but stated last year that he is “anti-vaccination.”

If the player’s proof was insufficient, Prime Minister Scott Morrison stated he would be on the “next plane home.”

The reigning champion has not received special treatment, according to the organizers, but the decision has enraged many Australians. After experiencing among of the world’s harshest restrictions, the country is now witnessing tens of thousands of Covid-19 cases for the first time.

Despite the fact that over 90% of Australia’s over-16 population is fully vaccinated, some persons are nevertheless unable to travel interstate or internationally due to current restrictions.

In the midst of the debate, Mr Morrison stated that the Serbian player will be asked to show proof of a valid medical exemption from vaccination upon arrival. The Australian Open gets underway in Melbourne on January 17th.

“If that evidence is insufficient, he will be handled the same as everyone else,” Prime Minister told reporters. “Novak Djokovic should not be subjected to any special rules. There aren’t any.”

After saying on Tuesday that the Victoria state government had granted the player an entry visa and that officials would operate “in accordance with that judgment,” the comments appeared to signal a shift in his viewpoint.

Many Australians had previously accused the government of allowing the wealthy and famous to live their lives as they pleased while regular people were kept apart from their ailing and dying loved ones.

Melbourne resident Christine Wharton told ABC: “I think it’s a disgrace,”. “We’ve all done the right thing, we’ve all gone out and got our jabs and our boosters and we have someone that has come from overseas and all of a sudden he’s been exempt and can play.”

A&E doctor Stephen Parnis tweeted: “I don’t care how good a tennis player he is. If he’s refusing to get vaccinated, he shouldn’t be allowed in.

Other tennis players were also surprised by the decision. “It’s just that I find it fascinating. That’s all I have to say about the subject “Alex de Minaur, an Australian, stated.

Britain’s Jamie Murray added: “I think if it was me that wasn’t vaccinated I wouldn’t be getting an exemption. You know, but well done to him for getting clear to come to Australia and compete.”

The tournament’s chief executive, Craig Tiley, said 26 athletes had applied for medical exemptions. “A handful” had been granted, he said, under guidelines set by federal regulators.

“We made it extra difficult for anyone applying for an application to ensure it was the right process and to make sure the medical experts deal with it independently,” he told Channel 9.

However, it’s probable that Djokovic has lately tested positive for the virus, allowing him to skip the inoculation.

Novak Djokovic has kept his vaccination status a secret, saying in April that he is “personally opposed to vaccination” and “wouldn’t want to be compelled to take a vaccine in order to travel.”

On Tuesday Novak Djokovic said on Instagram: “I’ve spent fantastic quality time with my loved ones over the break and today I’m heading down under with an exemption permit. Let’s go 2022. I am ready to live and breathe tennis in the next few weeks of competition.”

Jaala Pulford, a Victoria state government official, agreed that the decision was “frustrating and disheartening,” but disputed that Djokovic received preferential treatment. She and Mr Tiley both encouraged Djokovic to provide additional details to the public.

Mr Tiley said: “It’ll certainly be helpful if Novak was to explain the conditions in which he’s sought an exemption and granted an exemption but ultimately it’s up to him,”