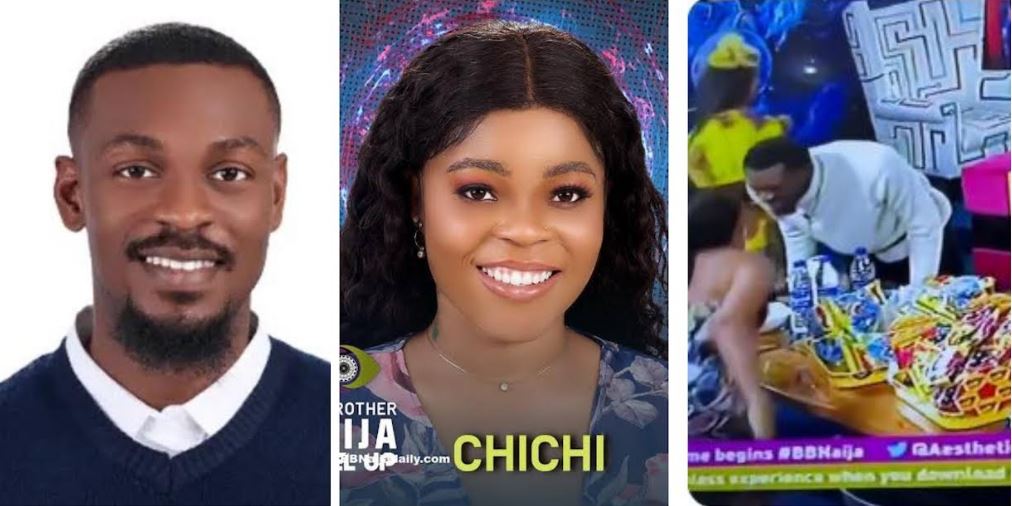 Remember how Biggie told Groovy and Deji to switch houses right after their wager task?

Deji, who was given the secret task of complaining to his level 1 housemates about being moved to the level 2 house, was told to pack his belongings.

In an unexpected turn of events, Biggie instructed Groovy to relocate to the level 1 house.

However, Deji’s love interest, Chichi, was not pleased with the news and burst into tears over her fear of losing him to other girls.

She also attacked Adekunle for comforting her.

According to Chichi, Adekunle prayed for their relationship to end, and he is pretending to be dissatisfied with the latest development.

”You should be happy that your prayer has been answered. You hate good things that’s why love won’t find you. He said our ‘ship will collapse, he should be happy it has.” She told him.

Adekunle became enraged and confronted her about her statement.

He insisted that he was only trying to console her because he knew she liked Deji and was surprised by the insults.

The ingredient for this season is Vawulence 🔥 Chichi is not having it with Adekunle #PulseBBNaija2022 #BBNaija pic.twitter.com/XaDQPySpb7