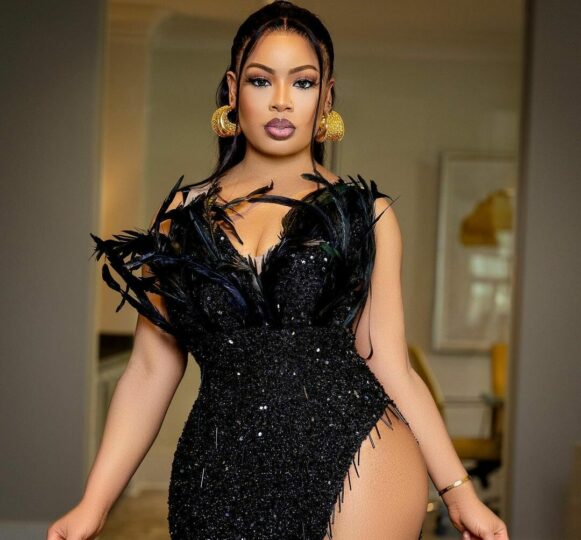 On Thursday night, there were reports that the reality Tv star had remarried.

According to reports, Chris Miller, an African-American, and reality star remarried.

He reportedly met Nina Ivy in 2021, and they reportedly dated for seven months before getting married.

MUST READ:  I'have a woman at home,I'm not single-Frederick Leonard warns online spouse

The pair wed in a low-key court ceremony in the United States of America.

“She kept her marriage off social media oo, E still no work… My darlings do you the world will adjust”.

Nina Ivy took a dig at  Nkechi Blessing in a blog’s comments section.

Since Nkechi knew nothing about her, she said that not everything was done for clout.

MUST READ:  Brad Pitt bring a suit against Angelina Jolie over vineyard where they got married

“Not everything is for ur clout, plus u know absolutely nothing about me, you can only deed off social media news to plz shush”.

Nkechi reacted to the news by offering advice to others based on her failed marriage.

She emphasized that even though Nina kept her marriage secret, it ended in divorce.

Nkechi Blessing has a reputation for not backing down from social media fights. Netizens surely will be expecting a response from her.

“Be like say this one dey mad”- Nkechi Blessing hit back at Nina Ivy, vows to drag her