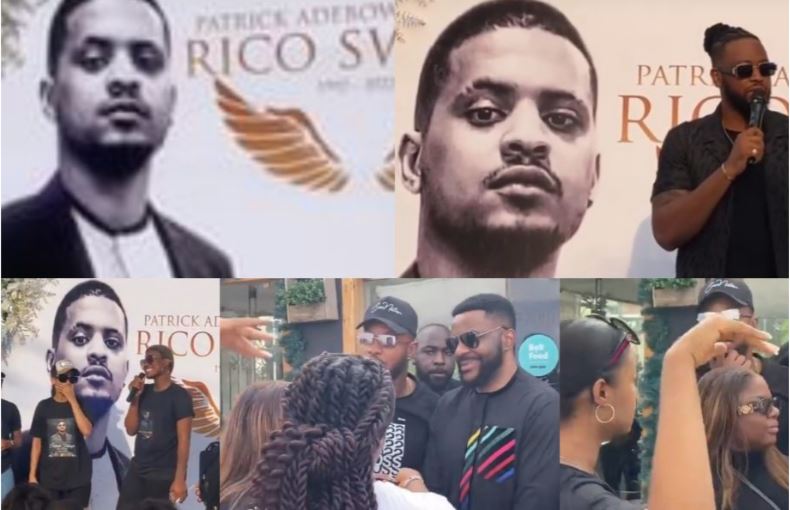 Ex-BBNaija stars turned up to pay respect to one of their own, Patrick Adebowale Fakoya better known as Rico Swavey. who died following an auto crash.

MUST READ:  Kanu Nwankwo Having A 'Good-Time' With Kenyan Rapper,Kaka (video)

His death was made known by fellow reality Tv star, Alex Asogwa a.k.a Alex Unusual on her Twitter handle.

Recall that his family had made funeral arrangements.

A tribute night and candlelight walk would be held in his honour on October 19th.

On October 20th, the late reality star would be laid to rest. Before his funeral, a church service would be held at Tinubu Square’s Methodist Church.

In an update, the late reality Tv star’s service of songs is ongoing.

MUST READ:  BBNAIJA 2021:LIQUOROSE SAYS, "I MAKE LOVE WITH PASSION."