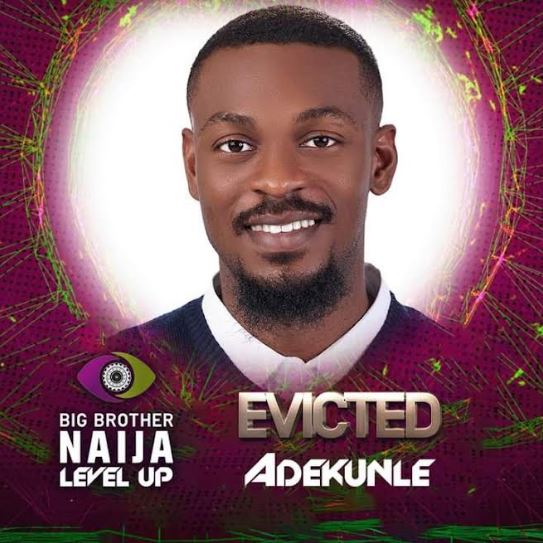 Adekunle, a Big Brother Naija housemate has been evicted from the Level Up House.

Adekunle was evicted during the finale on Sunday.

The winner of this year’s edition dubbed Level Up will walk away with a N100 million grand prize tonight.

Earlier, the supreme Head of House, Chichi and Daniella were evicted from the reality Tv show.

Related Topics:bbnaijas7 finale
Up Next