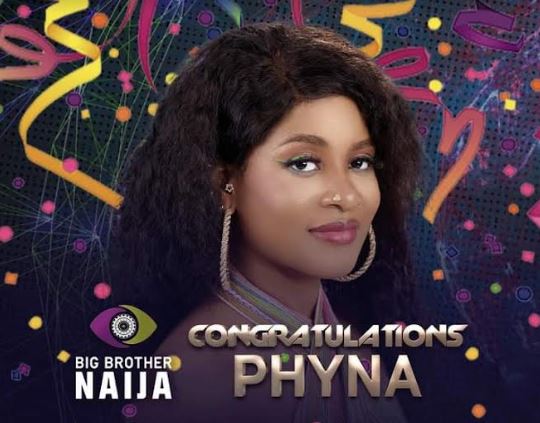 After 72days in the Big Brother Naija House, Phyna  has emerged winner of the BBNaija Level Up edition

Phyna the most nominated housemate in the Level up Season, survived multiple possible evictions this season but has now emerged as the winner of the reality Tv show.

The announcement was made tonight during a thrilling finale that saw Big Bella, supreme Head of House, Chichi, Adekunle and Daniella evicted from the Level Up house.

“Bro we walked into this House together, and we are the last two”, elated Phyna shouted to Bryann.

Phyna brought the vibe and ginger to the Level Up House. Her mantra was: “Comot body no join body. If you join body, you go collect. Who deyy.”

The Edo babe was fun in the house, worthy of note about her was that she never shies away from a challenge and was neither scared of confrontation.