The child actor Jonshel Alexander in the American drama film Beasts of the southern wild  passed away on November 27 in New Orleans. She was 22years old.

Jonshel Alexander and an unknown male were shot numerous times while riding in a car in the city’s 7th Ward, according to authorities. Paramedics pronounced Jonshel Alexander dead on the scene; her partner survived and was able to drive himself to the hospital. 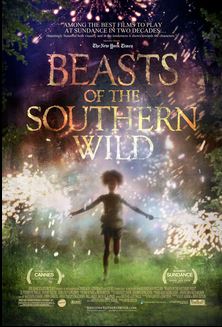 Alexander’s assassin has yet to be apprehended. Police have identified a vehicle they suspect is linked to the incident and have appealed to the public for assistance in identifying the driver.

When the New Orleans native was cast in “Beasts of the Southern Wild,” she was 12 years old. The film depicts the narrative of Hushpuppy (Quvenzhané Wallis), a six-year-old child who lives in a bayou town just beyond the New Orleans-ear levees. Alexander was too old for the part, but director Benh Zeitlin was so taken with her that he constructed the character of Joy Strong around her.

“We included a scene in the film that was heavily influenced by her.” She wrote a lot of the phrases, and Jonshel was the inspiration for a lot of the character. Joy Strong is the name of her character in the film, which has always struck me as a wonderful description of Jonshel. Zeitlin described her as “a really vivid, burning light.”

MUST READ:  BBNaijaS7:How viewers voted for Allyson,Dotun and Sheggz revealed

Jonshel Alexander leaves behind a family that includes her daughter, De-vynne Robinson.

ABOUT BEASTS OF THE SOUTHERN WILD…

Beasts of the Southern Wild is a 2012 American drama film directed, co-written, and co-scored by Benh Zeitlin. It was adapted by Zeitlin and Lucy Alibar from Alibar’s one-act play Juicy and Delicious. The film stars Quvenzhané Wallis and Dwight Henry. After playing at film festivals, its limited theatrical release began in New York and Los Angeles on June 27, 2012, before expanding to additional markets.

Beasts of the Southern Wild was met with commercial success and acclaim from critics, with praise going to the cinematography and Wallis’s performance. The film was nominated for four Academy Awards in 2013: Best Picture, Best Director, Best Adapted Screenplay, and Best Actress (Wallis). At age 9, Wallis became the youngest Best Actress nominee in history.{SOURCE:WIKIPEDIA}

WIZKID-‘MADE IN LAGOS’ DELUXE ALBUM IS OUT