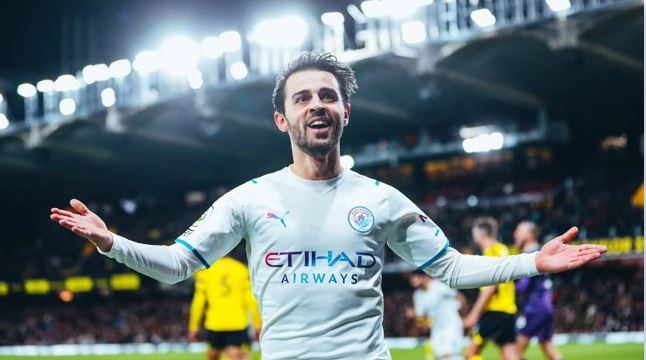 After beating Watford 3-1 at Vicarage Road, City displaced Chelsea from the top of the Premier League for the first time this season.

Bernardo Silva brace helps send City to the top of the Premier League, It was yet another electrifying away performance, with Manchester City setting a new Club Record in the process. 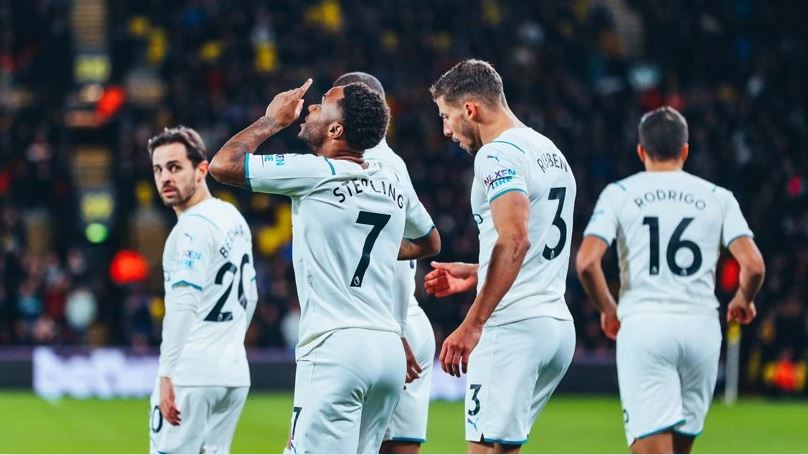 The champions led 2-0 at halftime with to goals from Raheem Sterling and Bernardo Silva, albeit it could and should have been much more.

After the restart, it was a similar story, with Bernardo scoring a stunning third to seal victory just after the hour mark.

Before Chucho Hernandez drew one back on 74 minutes, Phil Foden and Jack Grealish both hit the woodwork.

HOW IT ALL HAPPENED AT VICARAGE ROAD…

Watford has never beaten Manchester City in the Premier League, and the visitors jumped out to an early lead, appearing a cut above the ‘Hornets.’ Aymeric Laporte, who was unmarked, saw his header pushed off the line by Joo Pedro as City began to assault Daniel Bachmann’s goal. Watford’s strategy of leaving rival players unmarked was evident in the first half, and Raheem Sterling took advantage four minutes in, to nod in Phil Foden’s cross.

MUST READ:  Mikel Arteta react to crushing 4-0 defeat at Anfield

In spite of enjoying 80 per cent possession and more than a dozen shots on target before halftime, Pep Guardiola may have been disappointed by his team’s wastefulness in front of goal. After some excellent link-up play from Bernardo Silva and Ilkay Gündoan, who saw his effort saved by Bachmann before Bernardo Silva followed up on the rebound to double his side’s lead, a second goal was eventually scored. 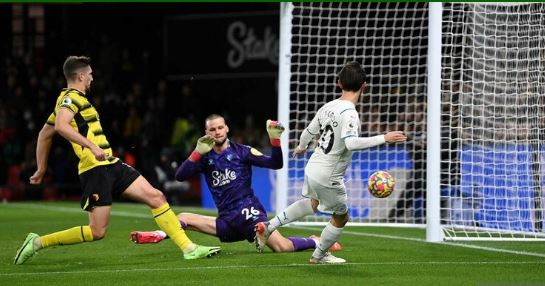 The second half was more of the same, with City dominating possession and generating chance after chance. Several players had chances to score the third goal because they looked dangerous in every attack, but their poor finishing kept the goal tally low. After an hour, Bernardo Silva added a third goal for his team, curling a lovely effort into the top corner for his seventh Premier League goal of the season, already equaling his highest total from the previous season.

Cucho Hernández made a driving move into the box, saw his initial shot hit the post, then followed up to touch in the rebound, catching the City defence off guard. However, the cushion ensured City’s victory, which saw them go to the top of the Premier League table after Chelsea’s loss earlier in the day. Watford, on the other hand, continued their bad trend under Claudio Ranieri, who has now lost six of his eight games since taking over.