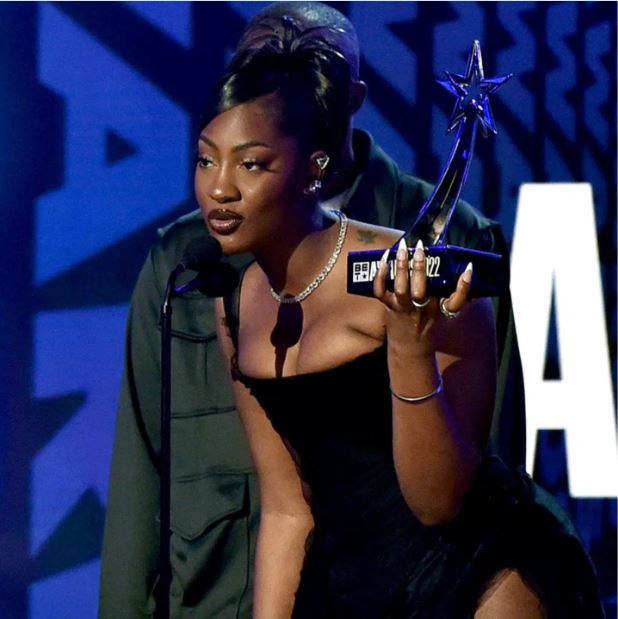 Tems, who accepted the award at the Microsoft Theater in Los Angeles on Sunday night, dedicated it to every single woman, particularly those in Nigeria who may not believe they can pursue their dreams.

“Where I am from, things like this don’t happen.”

“I Had Menstrual Flow That Last 3-4 Weeks and I Was In Pain”-Wizkid Ex,Tania Omotayo Recounts Struggle with Endometriosis(Video)