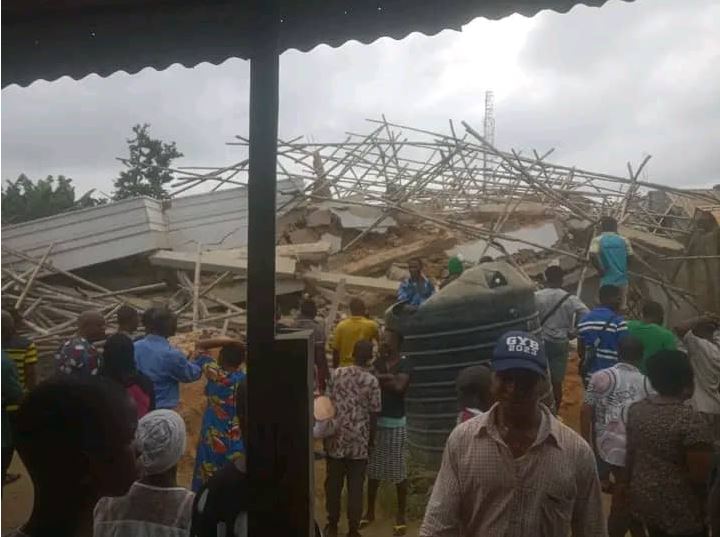 A four-storey building under construction on Iman street by Nse Ntip, off Aka road in Uyo, Akwa Ibom State capital, has collapsed.

According to reports, the building, which was supposed to be a six-story hotel, collapsed while it was on the fourth floor of construction.

On his Facebook page, an eyewitness, MC Governor, stated that he was reliably informed that about three people were trapped in the debris, with one escaping by a whisker.

Firefighters were seen at the scene of the building collapse.