A Former member of the upper legislative chamber(Senate) of Nigeria, Francis Arthur Nzeribe is dead.
The late lawmaker was 83 years old.

A source told enomaomoruyi that Nzeribe passed away on Sunday morning. 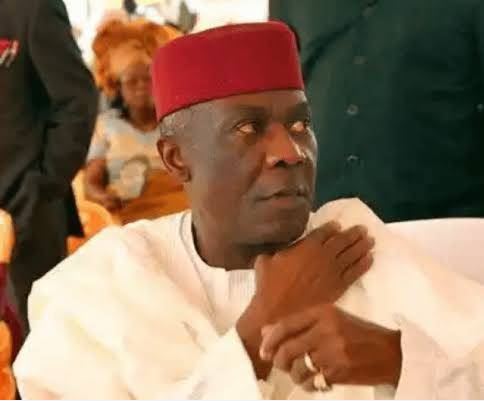 According to the source, Nzeribe died in a foreign hospital from an unspecified illness.

“He died this morning in a hospital abroad. The family will soon release a statement,” the source disclosed.

In 2017, a photo of an elderly and possibly ill Nzeribe sitting languidly with medics surrounding him went viral on social media.

He was first elected to the Senate to represent Orlu in 1999, but in November 2002, then-Senate President Anyim Pius Anyim suspended him indefinitely over an allegation of N22 million fraud.

In addition, in April 2006, the Orlu People’s Consultative Assembly, led by the then-Governor of Imo State, Achike Udenwa, organized a “One Million March” to rally support for Nzeribe’s recall from the Senate. Due to popular demand, Nzeribe was defeated by Osita Izunaso in the Peoples Democratic Party (PDP) primaries for the 2007 Senatorial election in December 2006.