Reports say the yet unidentified female student was burnt to death by Muslim students who dragged her out of her hostel.

An unnamed student of the Shehu Shagari College of Education in‪ Sokoto State was beaten and body burnt alive by her colleagues for allegedly degrading Prophet Muhammad (SAW).

MUST READ:  Yul Edochie First Wife, May Is An Epitome Of Elegance As She Slays In A Floral Gown

A source said the barbaric act occurred on Thursday morning. 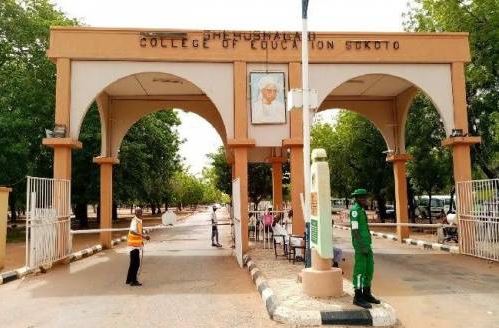 Muslim students who dragged her out of her hostel burned her to death.

According to reports, Mai Ruwa was dragged away from his house on Tuesday in front of his mother and burned to death in the middle of the community.

Eyewitnesses shared graphic images of the incident, showing a middle-aged man being burned along with tyres.

Residents In Sokoto Plan To Protest Following Police Arrest Of Suspected Killers Of Female Student,Saying The Suspects Were ‘Fighting For Islam’,Prophet Muhammad’