Britney Spears and her fiancé Sam Asghari are expecting their first child. From her previous marriage to Kevin Federline, the union had Sean Preston, 16, and Jayden James, 15. 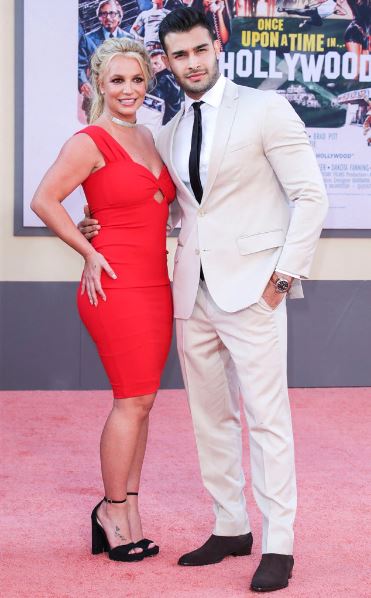 The singer announced she’s expecting her first child with fiancé  Sam Asghari in an Instagram post on 11th April.

Britney wrote on Instagram that she noticed she was gaining weight after a recent trip to Maui with the 28-year-old fitness trainer, “So I got a pregnancy test… and uhhhhh well… I am having a baby.”

Britney, who already has sons Sean Preston, 16, and Jayden James, 15, from her previous marriage to Kevin Federline, went on to say that she “won’t be going out as much” to avoid being photographed by paparazzi.

MUST READ:  Hooker nabs a client that fled after recieving her account number(video)

Reflecting on her previous experience as a rising star in the spotlight, the “Stronger” singer shared, “it’s hard because when I was pregnant I had perinatal depression … I have to say it is absolutely horrible.”

“women didn’t talk about it back then … some people considered it dangerous if a woman complained like that with a baby inside her,” she continued, “but now women talk about it everyday … thank Jesus we don’t have to keep that pain a reserved proper secret.”

Britney concluded her announcement by saying that she now plans on “doing yoga every day” instead of going out, adding, “Spreading lots of joy and love!!!”

Britney and Sam first met on the set of her “Slumber Party” music video almost six years ago. Soon after the shoot, the couple began dating, and in September 2021, Sam proposed with a 4-carat diamond ring during a romantic proposal at Britney’s California home.

During her legal battle to end her 13-year conservatorship, Britney revealed in shocking testimony that she wants to marry and have a baby, but that her conservators would not allow her to remove her birth control.

MUST READ:  Singer Mr Eazi proposes to Temi Otedola and she agrees(video)

“I have an [IUD] inside of myself right now so I don’t get pregnant,” she in a June 2021 hearing. “I deserve to have the same rights as anybody does by having a child, a family, any of those things.”