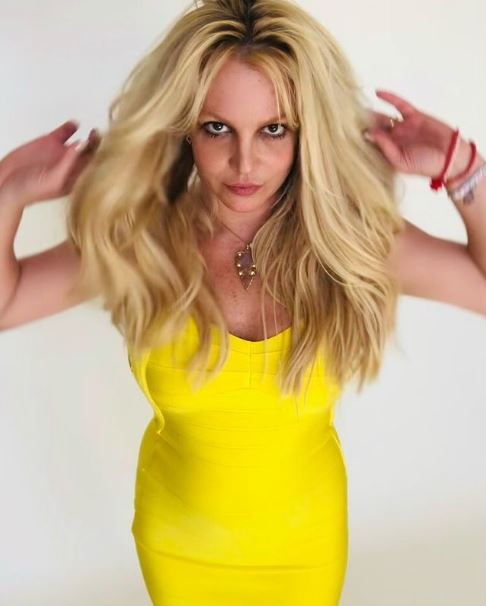 Britney Spears express her appreciation to all her fans on Instagram after being freed from 13-year conservatorship: I can’t freaking believe it !!!! Again… best day ever !!!!

With immediate effect, a judge in Los Angeles lifted the conservatorship imposed by the 39-year-old singer’s father in 2008.

Outside the Los Angeles court, supporters gathered to show their support for Spears, who had described the guardianship as oppressive.

Jamie, her father, had previously stated that it was “essential,” but that it was now time for her to “re-take charge of her life.”

Jamie Spears’ life was in shambles, and she was in physical, emotional, mental, and financial misery, according to earlier court documents by her lawyers.

Jamie Spears’ life was in shambles, and she was in physical, emotional, mental, and financial misery, according to earlier court documents by her lawyers.

Her income and professional decisions were under the conservatorship’s control, as well as significant personal considerations like her visits with her teenage sons and whether she could remarry.

The singer of Baby One More Time and Toxic said on Instagram on Monday that she hadn’t “prayed for something more in my life.”

“I’m sorry for some of the things I’ve written on Instagram in anger, but I’m only human… and I believe you’d feel the same way if you were me!”

In a June court appearance, the actress said she was “traumatized” and requested the judge to end the “abusive” arrangement.

She said she had been drugged, forced to act against her will, and stopped from marrying and having more children when speaking to the court through videoconference.

Her father agreed to step away as a result of her testimony.

A conservatorship was established because of worries about her mental health. It is used for those who are unable to make their own decisions.

Judge Brenda Penny of the Los Angeles County Superior Court ruled in favour of the singer’s request to end it on Friday, despite the fact that none of the parties involved objected.

Judge Penny said an accountant who served as a temporary conservator should keep some authority to resolve continuing financial concerns as part of the decision.

Britney’s lawyer, Mathew Rosengart, spoke to reporters after the hearing, which lasted less than 30 minutes and was just appointed four months ago.

“What’s next for Britney, and this is the first time in roughly a decade that this can be said, is up to one person: Britney,” he remarked to a cheering gathering of #FreeBritney fans. According to Rosengart, the artist has been placed in a position “to prosper” after the conservatorship.

“Both on a personal and financial level, we have a safety net in place for Britney,” he added. “However, Britney is a free and independent woman as of today, and the rest, with her support system, will be up to Britney.”

Britney and her multimillion-dollar estate have been under the control of father Jamie Spears for more than a decade and his role has also been terminated. Certified public accountant John Zabel, who was approved to temporarily take over as conservator of the estate in September, will stay on to ensure a smooth transition in regard to Britney’s finances.