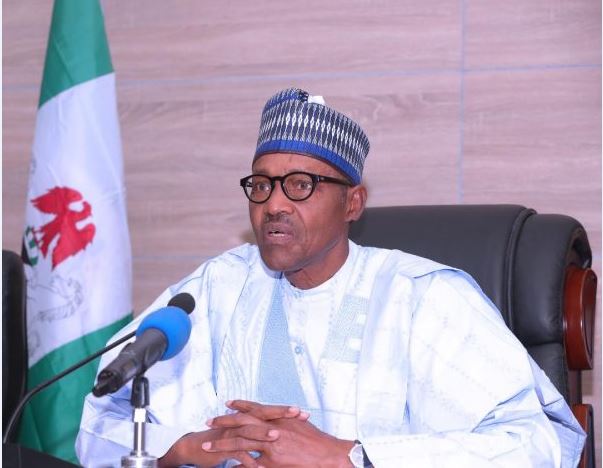 President of Nigeria Muhammadu Buhari has apologised to his citizens over nationwide power outages and never-ending fuel scarcity.

President Muhammadu Buhari apologised to Nigerians on Wednesday for the country’s prolonged fuel scarcity and frequent power outages. Buhari claimed that his government had successfully avoided a petroleum product shortage during its seven years in office.

Abubakar Aliyu, the Minister of Power, also likened the country’s deteriorating power situation to a war situation on Wednesday. However, Aliyu assured that the federal government was doing everything in its power to resolve the situation.

The Nigerian Electricity Regulatory Commission (NERC) explained, however, that the power outage was primarily caused by vandalism on the country’s gas supply assets.

Buhari’s spokesman, Mallam Garba Shehu, said in a statement issued on Wednesday that the national grid blackouts were being addressed.

He said, “A dip in hydroelectric generation due to seasonal pressures has coincided with technical and supply problems at thermal stations. On this, the government is also working tirelessly to resolve the issues at the latter to guarantee sufficient power flows into the national grid.

“As part of emergency measures put in place following a meeting convened with key stakeholders to address the country’s low power generation, the main challenge was identified as one of low gas power generation as a result of sabotage of gas pipelines, resulting in power plant shutdowns, coupled with on-going routine maintenance on other gas power plants.”

“Actions were agreed upon between the players in the Nigerian Electricity Supply Industry (NESI) and also NNPC to recover over 1000MW.” The actions targeted the National Integrated Power Project (NIPP) plants, (Niger Delta Power Holding Company (NDPHC), and power plants run by NNPC Joint Ventures, Agip, and Shell (NAOC and SPDC), and progress on the key actions has already ensured the restoration to the grid of 375MW following the repair of the pipeline from ‘Okpai 1’.

“A USD 50 million Gas Supply agreement is being finalized to secure the sustainability of up to 800MW of underutilized NIPP assets to also ramp up the NDPHC capacity.”

The president assured the public that the government’s attention to these issues would bear fruit soon. He stated that his administration was aware that the fuel shortage was putting a strain on citizens and businesses, and he assured them that relief was on the way.

Buhari said, “I especially apologise to all sections of the society for this.

MUST READ:  Ademola Adeleke sworn in as sixth Osun Governor

“Sufficient fuel supply has returned to a handful of states, with the queues at stations falling. In the coming days, we expect this to be the case across the rest of the country.

“Looking to the longer term, funds are being targeted toward keeping fuel availability affordable for the country. The international energy markets have surged drastically in recent months; the government will, however, ensure that consumers are protected against these price spikes.”

The president added that he had received information that some people were not behaving properly at the depots and among owners of petrol stations and in this regard, he directed the Ministry of Petroleum Resources, the Nigerian Midstream and Downstream Petroleum Regulatory Authority (NMDPRA), NNPC, and the entire security apparatus of the country to take strong action against those responsible.

Aliyu compared the current power situation in the country to war but assured that the government is doing everything possible to resolve the situation. He made the remarks while speaking with journalists at the end of the weekly virtual meeting of the Federal Executive Council (FEC) at the State House in Abuja, which was presided over by Vice President Yemi Osinbajo.

The minister blamed the power outage on a combination of factors, including a lack of gas. He stated that having recognized the gravity of the situation, he convened a meeting of stakeholders, in which he informed them that the current situation could be compared to a war situation necessitating emergency solutions.

He stated that the power grid, which had collapsed, has now been restored, and that efforts are being made to restore power to it.

“The more reason we are facing the situation now is because of the shortage of gas, and some of the generators have to go for maintenance,” the minister explained.

“It is scheduled maintenance and it is supposed to be scheduled outage but we had not envisaged that we will have issues around vandalisation of pipelines, which the NNPC has addressed, as you can see evidently everywhere aviation fuel, and petrol in the filling stations.

“You need to have a gas contract between generating companies and gas supplies – some are in form of contracts, some are not. We are looking into this and have proffered some solutions in a few days to mature.”

Aliyu went on to say “Some of you are aware, just two days ago, I summoned an emergency meeting, which is unprecedented. For the first time, I brought in all the sector players, from NNPC, AGIP, Shell, the regulator, NERC, the umpire, NBET, some of the GENCOs, like Niger Delta Power Company, and TCN, transporters, the ministry, and Special Adviser to the President on Infrastructure.

“We came together and used the whole day trying to proffer solutions. I challenged all of them. I said this is like a war situation. We need to find solutions. We need to come out with answers. We need quick and emergency solutions.

“As you rightly put it, the power on the grid has dropped due to those things that affect it; lack of gas and maintenance that some of the generators are undergoing. So, that triggers it.

“You know technology, that drop in the supply that goes down on the grid, it triggers some response. Some started to trip down and that also causes the whole system to go down.

“We had it a day before Wednesday, we recovered it. We had it again, we covered it. So, we have covered it now. We are on top of it. The grid is back. We are trying to get more megawatts to push on the grid through that meeting. So, everybody is now contributing to that meeting.”

He emphasized that the recent efforts by his ministry was already yielding results, but added that even though the country’s generation capacity was 13,000 megawatts, only 5,000 megawatts could be wheeled for transmission.

Aliyu voiced, “We have started seeing the outcome of the meeting. As I leave here today, I will get more information on what I have to go and do. We have set up small committees, two, three committees and all gearing towards getting more megawatts to put on the grid.

“This is the situation. From what I said last time, we still stand on that. We have a capacity of 13,000 megawatts. We have the one on the grid, we have the embedded and we have the captive.

“If you combine all of them, we have that. So, what is happening now is as a result of all these problems that we’re encountering, and we’re on top of it. Very soon, we will come out of it.”.

The minister also disclosed that FEC approved N5 billion for payment of right of way to expand transmission in Lagos and Ogun states.

He said, “I also told you that we are encountering a lot of challenges of a right of ways. For instance, this one is the issue of the right of way. But we have gotten approval now; over N5 billion to open up and expand Lagos, Ogun, where presently they may not be enjoying quality electricity.

“So, we need to do this more. We have not denied that the transmission is not strong to carry the load. Otherwise, we have over 13,000-installed capacity at the GENCOs. But we have been able to will only 5,000.”

Aliyu said there was no disagreement with generating companies over money, saying they have been paid N40 billion while consultants are working on the balance.

He said, “I think I’ve spoken all around. On the gas issue, this should be one of them. We are trying to solve all the problems. For instance, just last time, I told you the debts owed by the government to DISCOs. I told you we are paying for that. We are paying around N40 billion.

“The remaining balance is being reviewed by consultants to come out with the exact figure. So, something is being done about that. And regarding the GENCOs and the gas suppliers, this is another issue between them and our obligation to the GENCOs, this is being looked at and we are working on that seriously.”

Niyi Adebayo, Minister of Industry, Trade, and Investments revealed that the FEC approved the construction of a new corporate headquarters for the National Sugar Development Council in Abuja in the amount of N5, 756,833,616 with a completion period of 24 months in favour of Vita construction limited.

Muazu Sambo, Minister of State for Works and Housing, also stated that the Council approved the implementation of four projects in various parts of the country, including two road projects and two bridges.