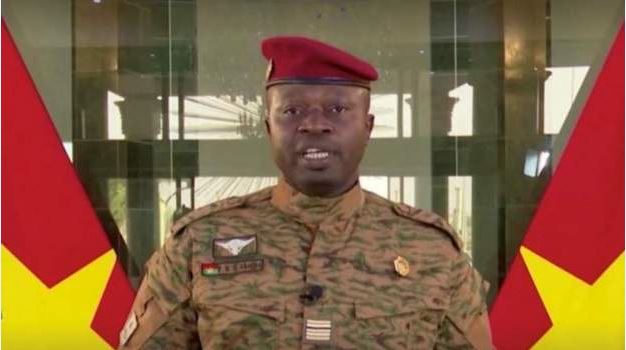 Just over two weeks after soldiers deposed President Roch Kaboré in a coup, Burkina Faso military leader Paul-Henri Sandaogo Damiba is set to be sworn in as the country’s president.

The inauguration will be televised live from the Constitutional Council headquarters on Wednesday morning, according to state television.

Mr Damiba led soldiers to depose Mr Kaboré, who had faced months of protests for failing to quell a jihadist insurgency in the country’s north and east.

Mr Damiba travelled to the north of the country on Monday to speak with soldiers and a government militia fighting Islamists, according to state television.

MUST READ:  2023:Peter Obi Is Stingy,Cursed And He's Going Nowhere As Far As God Lives-Rev Fr. Mbaka
Related Topics:featured
Up Next

Lexus has released new images of its next electrified sports car