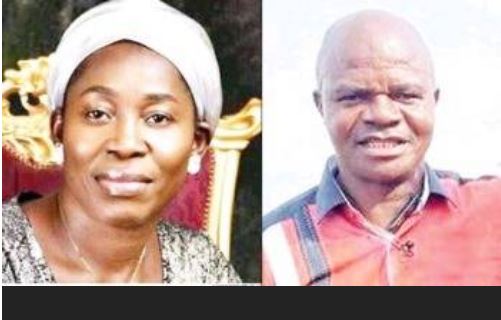 Late Osinachi and her husband Nwachukwu

Peter Nwachukwu, the husband of the Late famous gospel singer, Osinachi, has repudiated being responsible for his wife’s death.

Nwachukwu, who had been detained for over a month for allegedly murdering his wife, told an Abuja High Court on Friday that his wife died of lung cancer, contrary to reports that he hit her. He insisted on his innocence, saying he never hit the deceased singer.

The Attorney-General of the Federation and Minister of Justice arraigned Nwachukwu on a 23-count charge of domestic violence and homicide on Friday.

Osinachi was autopsied at the Abuja National Hospital, but the results were turned over to the police.

However, Nwachukwu, who maintained his innocence, told the court, “Let me tell the whole world, I have suffered a lot. I have been abandoned. What killed my wife was cancer of the lungs, I didn’t hit my wife.

“Cancer of the lungs killed my wife, Osinachi Nwachukwu, so I’m suffering for what I do not know,” he spoke while being moved from the courtroom.

Despite his plea of innocence, the court remanded the accused in Kuje Correctional Facility until the trial is concluded.