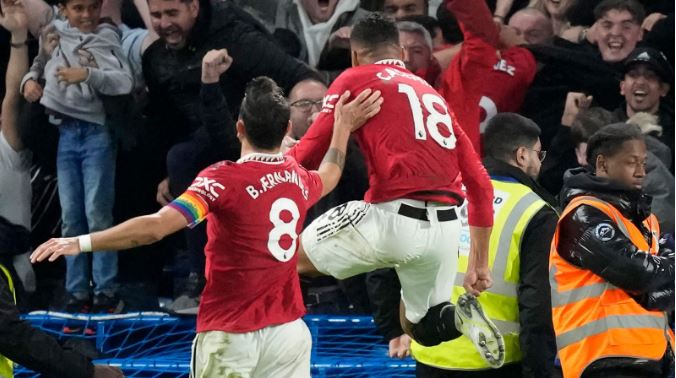 In-depth match report as Casemiro earns Man Utd a last-gasp point at Chelsea; Chelsea was seconds away from victory after Jorginho converted a late penalty after McTominay fouled Broja; Graham Potter extends unbeaten start at Chelsea to eight games but Blues now without a win in 10 games against Man Utd.

Casemiro earned Manchester United a late point at Chelsea a draw that the visitors deserve following their fine performance.

When Jorginho calmly converted a penalty in the 86th minute after substitute Scott McTominay carelessly brought Armando Broja to the ground in the penalty area, Chelsea appeared to have seized all three points. 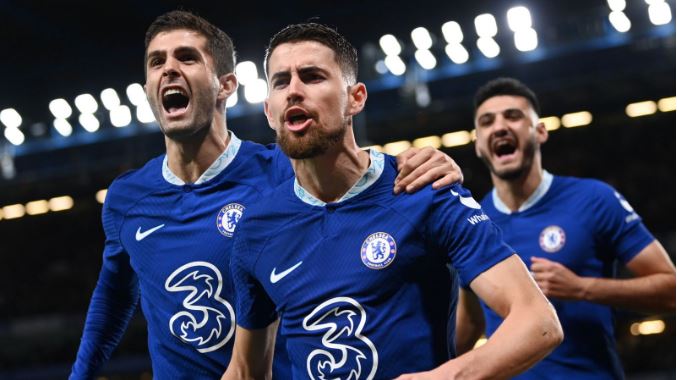 However, Casemiro completed a strong individual performance when his looping header was punched onto the post by Kepa Arrizabalaga and deemed to have crossed the goal line after coming down off the post in the fourth minute of time added on. 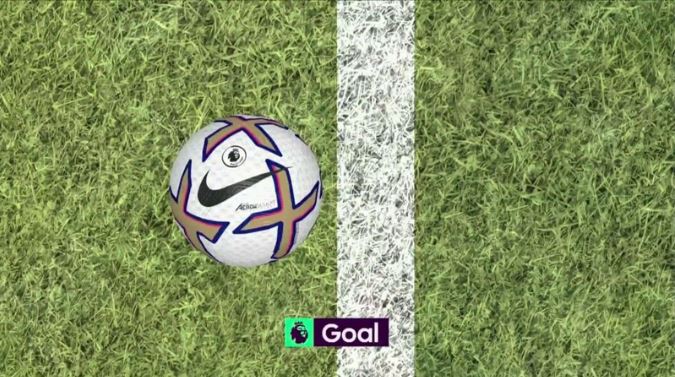 The absence of Cristiano Ronaldo was noticeable as United dominated the first 30 minutes without scoring. Before the half, they began to lose control of the game as Chelsea regained momentum thanks to a brilliant tactical adjustment from Potter, the addition of Mateo Kovacic, and the transition to a back four.

“It’s disappointing because at 1-0 you can see the end but over the course of the game, a point is about right. I don’t know whether we did well enough to win it. It was a fighting performance; we improved a lot after 30 minutes. In the end we take what we get.

“I didn’t feel we had enough control of the game, we probably needed an extra body in midfield to try and put a bit more pressure on, create turnovers to win the ball. I thought we were better after that.

“The boys gave everything, we can improve a lot in terms of our attacking play because we can create a bit more but we were playing against a good side.”

“As always, he [Ronaldo] can score goals and he is value for us. We need him, it’s clear and you see it also in this game. He can finish off, that’s quite obvious.

“I think I have said enough about that situation. Let’s focus on this game, it was a good game for my team and I have to compliment my team.

“If you can deliver this after four games in 10 day and then dictate this first half, the second half were really well organised and you fight back, I think that has to be the focus.”

Chelsea travels to Salzburg in the Uefa Champions League on Tuesday at 5.45 pm before returning to Premier League action against Graham Potter’s former club Brighton on Saturday at 3 pm.

On Thursday at 8 pm, Manchester United will be in Europa League action to host  Sheriff Tiraspol before entertaining West Ham at Old Trafford on Sunday at 4.15 pm.

Related Topics:EPL Updates
Up Next